After getting hug success from previous promotion posters and trailers, today the makers of the movie unveiled a brand new poster of the movie Gabbar Is Back, featuring Khiladi Akshay Kumar. This poster shows Akshay Kumar is standing ahead crowd and people standing in support behind him. The poster says “Kitne aadmi thay?”

Check out Gabbar Is Back New Poster Here

Gabbar Is Back new poster and the previous promotion dialogue promos and sneak-peaks of the film leaves all Akshay Kumar's fans highly excited. In the movie Akshay is playing a role of ACP Gabbar and this movie is written by A R Murugadoss, directed by famous director from the South, Krish and produced by Sanjay Leela Bhansali under the Viacom 18 Motion Pictures. 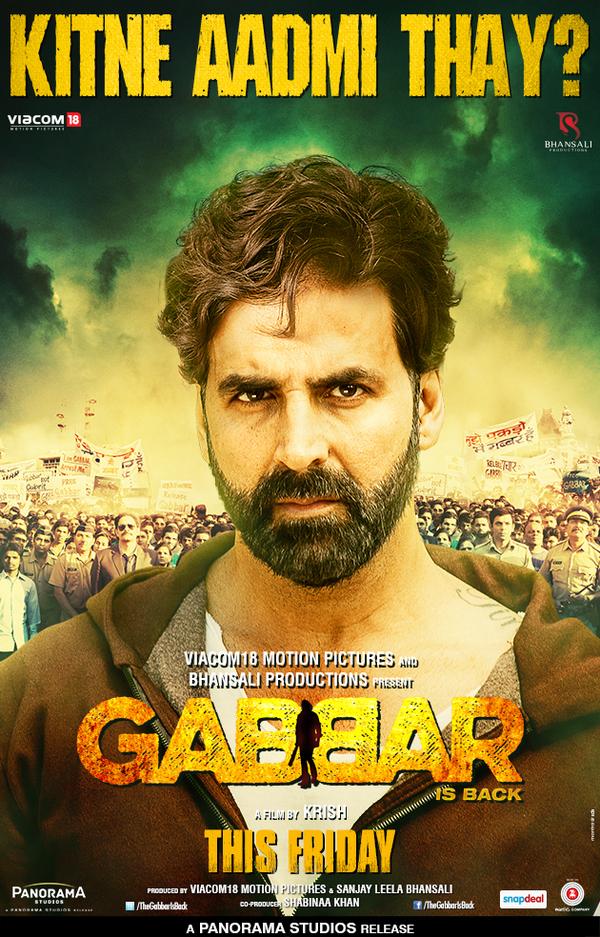 Alia Bhatt Childhood Pics- That Proves She is a Chocolate Box!