The latest episode of Star plus most famous daily soap Yeh Hai Mohabbatein 7th February 2015 starts with Ishita’s mom ‘Amma’ taking to Bala about Vandu’s baby shower function. But Bala said is it fine to do function in Shagun’s presence. To which Amma replied yes she is just a guest. On the other side Romi talks to the fake doctor (Puri) about his surgery. The fake doctor explains him the overall cost of the surgery, but Romi told that he can’t arrange such a big amount. To which Fake doctor said to him if you want your manhood back than you have to arrange 5 lakhs.

Then Romi asked to his mom Mrs. Bhalla to send his friend Bunty on honeymoon and for this he needs money. But she scolds him and said not to talk about money with Raman.

Ishita Gets Angry on Raman for Pointing Appa

On the other hand Appa asked to Amma did she tell anything about Raman expenses to Ishita. He said during his lifetime no one pointed on him and now for her mistake Raman pointed him. Sudden of Ishita comes and asked Appa that you did not tell Raman the truth. To which Ishita said don’t worry, she will talk to Raman but Appa said to her not to tell anything to Raman.

You may also like: Shagun Convinced Romi to Meet the Doctor

Apart from all this Shagun said to Romi that she will help you and told him to take money from office as a loan. Romi refuses, but Shagun again and again tried to convince Romi. In the Bhalla house Ishita get angry on Raman for pointing on her father. Suddenly Ruhi comes there and talks to Ishita and gives her a trophy and said give such trophy to Appa. To see such a wonderful gift Appa smiles. Ishita said sorry to Appa and apologizes to both Appa and Amma.  Romi on the other side went to office and steal money from the safe. 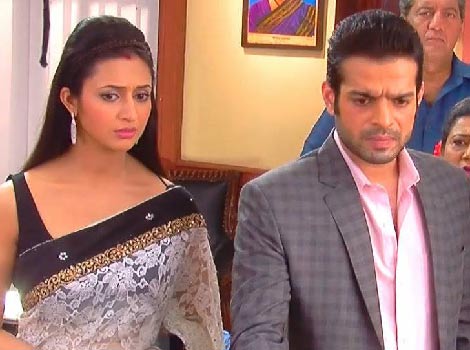 Romi Steals Money from Raman’s Office for his Surgery

Romi comes to home and calls fake doctor to meet tomorrow in Yeh Hai Mohabbatein. Puri calls Shagun and tells everything, she said to him to be very careful. On the otherside Ishita and Raman talks to familf about Mihir profile on matrimonial site. Mrs. Bhalla said to him to find someone for Rinki too. To which she refuses and goes to Romi room. But she gets surprised to see money bundle and looks at him.