After releasing the exclusive avatar of B-Town actor Ranbir Kapoor as street fighter Johnny Balraj and Anushka Sharma as Rosie Noronha from the upcoming flick ‘Bombay Velvet’, the filmmakers have now came back with its new poster.

The new poster features Karan Johar in a never seen before look as Kaizad Khambatta. Anurag Kashyap’s movie ‘Bombay Velvet’ marks the debut of Karan Johar as a villain.

Karan Johar Debuts as a Villain with Bombay Velvet

The decision of Anurag Kashyap to cast famous producer ‘Karan Johar’ as a Villain, in the high-octane period drama ‘Bombay Velvet’ surprised everybody.

You may also like:Unveiled: Freakish look of Anushka Sharma from Bombay Velvet!

When asked about his role in the movie Karan Johar said -

"As wild as my imagination can be... playing an antagonist in an Anurag Kashyap film was nowhere in my thought radar. Now it's done and I hope I don't have to leave the city and hide when it releases." 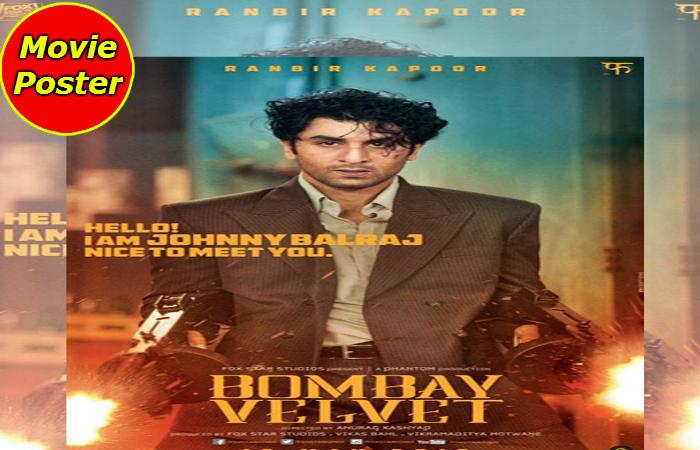 Ranbir and Karan to Act Archenemies in Bombay Velvet

The talented actor Ranbir Kapoor revealed that, Kaizad Khambatta played by Karan Johar and Johnny Balraj played Ranbir himself are archenemies in the movie.

The story of the movie Bombay Velvet is based on the book ‘Mumbai Fables’ by Gyan Prakash. The drama movie is set in early 1950’s, in which we will see beautiful actress Anushka as Rosie Noronha, a jazz singer.

The script of the upcoming flick is jointly written by Vikramaditya Motwane, Anurag Kashyap and producer Karan Johar. The movie also features Vivaan Shah, Remo Fernandes and Kay Kay Menon in pivoted roles. Bombay Velvet is produced by Fox Star Studious and Phantom Films together and is all set to release this year on 15th May 2015.

Get more updates about ‘Bombay Velvet’ from Bollywood News.

Ankita Lokhande to Comeback with Yet another Ekta Kapoor Serial