19th January 2015 episode of Star Plus’ popular TV Serial ‘Yeh Hai Mohabbatein’. The episode started with Adi, who told Raman that Ishita aunty has so many problems. She was acting to be good in front of him. However, Raman took Ishita’s side and told Adi that she doesn’t think wrong for you and Shagun. Adi told Raman that he would only come with him if Ishita would apologize with her mother.

Shagun (Anita Hassanandani) felt happy thinking that Adi is her best support because he is the only one that could make her obtain her place in Raman’s house.

Vandu and Bala came to Mihika’s house to invite Mihika and Ashok for the Pongal celebrations. At that time Mihika asked Vandu that, did they asked Appa and Amma about that.

You may also like: Yeh Hai Mohabbatein: Mihir Decides to Go Abroad

Ashok said we can’t come because I have important meeting with my clients. Mihika said we have to go anyhow, because all family members would be there and they would feel bad if they won’t go there.

When Ashok (Sangram Singh) didn’t agreed then Mihika threatened him that, if you won’t go then she would tell everyone about her and Mihir’s child. After that, Ashok agreed to come to celebrate Pongal with her family. Mihika thanked Vandu for inviting them to the Pongal celebration with family.

Raman Blames Ishita for Being Estranged With Son Adi 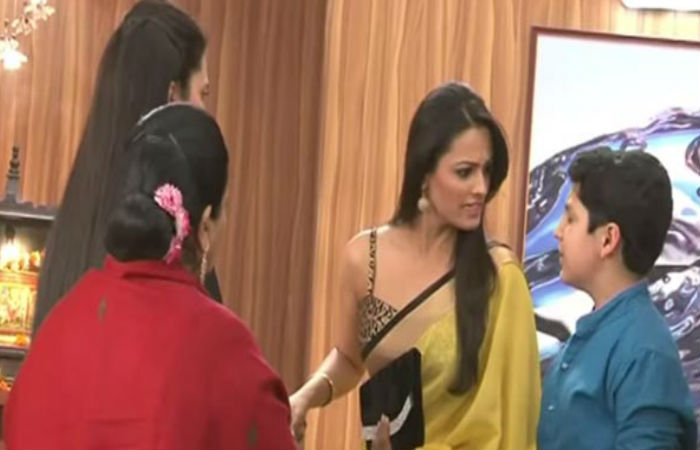 Ishita asked Raman did he bring Adi or not. Raman replied he is not coming because he is annoyed. Ishita asked with whom he is angry. Raman said with you! He yelled at Ishita saying that I know you are creating happiness in my life but my fortune is bad therefore all the things go wrong and bad. Adi wants you to apologize Shagun, else he won’t come home. Raman said that he tried to explain Adi that he is wrong but he is a kid and didn’t wanted to listen anything.

Raman and Ishita (Divyanka Tripathi) argued over the topic. He shrieked over Ishita that my son is away from me because of your over sweet nature.

Now let’s see what will happen next? Does Ishita sorry to Shagun and bring Adi back to home or something else would happen. Stay connected with India TV Serials to get time to time updates from Yeh Hai Mohabbatein!!

Controversial ‘MSG: The Messenger of God’ Gets Banned in Punjab