Virat Kohli Is A Hero Since Childhood

Virat Kohli was born into a Punjabi family in Delhi on November 5, 1988. His father Prem Kohli was a criminal lawyer and mother Saroj Kohli was a housewife. He has two elder siblings, Vikash and Bhavna. Raised in Uttam Nagar, his schooling began from Vishal Bharti Public School.

His family says, at the age of three, he would pick up a cricket bat, start swinging it and ask his father to bowl. Upon the neighbors’ advice, Kohli’s father joined him a professional club rather than wasting time in the gully cricket.

"My father was my biggest support. He was the one who drove me to practice every day. I miss his presence sometimes."

At the age of nine, he joined the West Delhi Cricket Academy, one of the joinees in its first batch. He took his trainer-ship from Rajkumar Sharma and played matches in this time at Vasundhara Enclave situated Sumit Dogra Academy.

Kohli was equally good in academics. His teachers always praised him. He changed his school in class 9 for his cricket practice.

Kohli made it to the selections of Vijay Merchant Trophy in the Under 17 Delhi team in 2003-04. Kohli hit 2 centuries in 4 matches scoring 470 runs. He showcased the same performance for the next season and grabbed that trophy as well.

In July 2006, Kohli went on England tour with the Under-19 squad. The consistent performer again averaged 105 runs in the three match ODI series.

Later, on December 19 in the year, Virat scored 90 runs against Karnataka. Unfortunately, after being bedridden for a month, the same day, he lost his father due to a brain stroke at 3 in the morning. He attended his dad’s funeral after the innings. 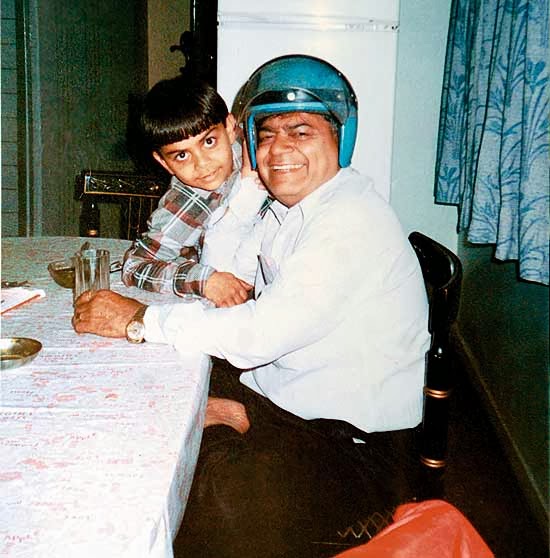 This was the biggest trauma for Virat Kohli. The financial status of the family went down after father’s death. Their business was not going well. They had to live in a rented place. Kohli had to support his family but this never stopped him from becoming what he is today.

"I've seen a lot in life. Losing my father at a young age, the family business not doing too well, staying in a rented place. There were tough times for the family... It's all embedded in my memory."

18 year old Virat had the family responsibilities on his shoulders now. He not only managed it well but also became the backbone of Indian Cricket Team, becoming all the more confident and making his father proud day by day.