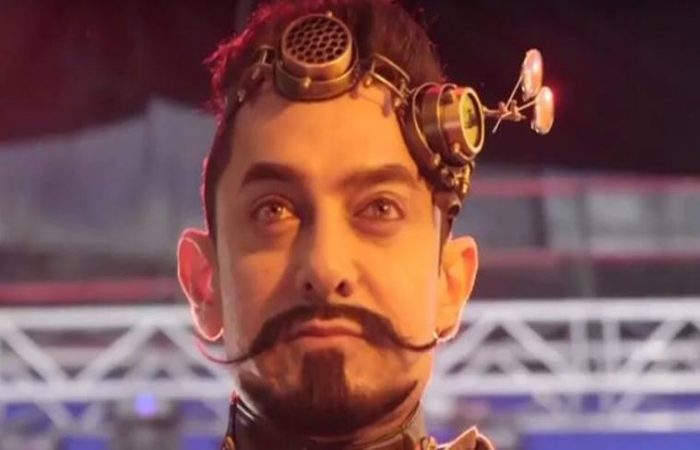 Though Aamir Khan signs one movie a year but his every film is worth watching.

His upcoming movie Dangal has already set the expectations of the viewers high. After wrapping up the shooting schedule for Dangal Aamir Khan is all set to start the shoot for his upcoming film title “Secret Superstar”. 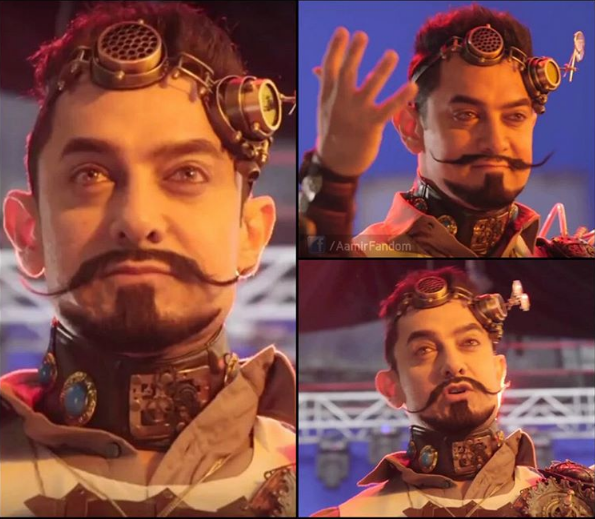 More details about the flick are still under the wraps but first news that came out is Aamir Khan’s look. We just stumbled upon the net and found a funny look of Aamir Khan sporting a handlebar moustache and beard with a new style. He is looking a funky musician, we love his look.

He will neither do cameo nor playing as the lead in the movie, but he will be noted doing the guest appearance for the film and meanwhile he will start the shoot soon.

Aamir Khan fan clubs had shared one of his pic on social media has gone viral and everyone is speculating that this is his new look for Secret Superstar. If really this one is his new look, seriously a huge respect and a round of applause for his so changing transformations at a time.

“The film traces the journey of a 15-year old girl who aspires to be a singer. Monali is a perfect fit and has been signed on to play herself in the film. She will be seen sharing screen space with Aamir Khan who has an extended guest appearance in the film.”

Sukh E Muzical Doctorz is back with an Electrifying Track Suicide

Virat Kohli Childhood: All You Need To Know