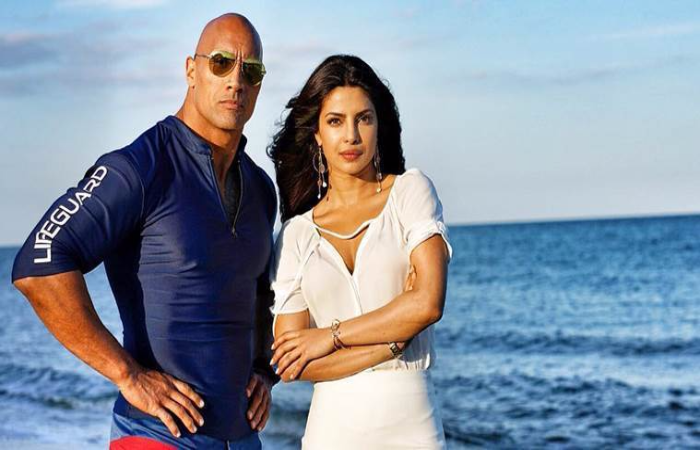 We have already seen how Indian fans welcomed Vin and the director DJ Caruso in a traditional way, hope The Rock and Zac Efron would be welcomed in more surprising and exciting way. When asked Priyanka Chopra about the promotions of Baywatch in India she said –

We are hoping so because we are doing a big promotional thing around the world and they know how important India is to me. We are having those conversations, but we haven’t started because it is not going to release until May. So, marketing will only start a few months before that. But the wheels are in motion,”

Priyanka has already invited many of her abroad friends to India and they will be soon coming to India.

“I would bring all of them here. I speak so much about India and they are so curious about coming here. A couple of my friends are coming next year and I am sorting out the trip because I am our ambassador.” She further added.

Woah! Isn’t this exciting? Deepika and Priyanka, these two babes are making India so proud.

The film is all set to hit the theatres on May 26, 2017. Let’s see how PeeCee welcomes The Rock and Zac Efron to India. Dippy has already shown the traditional way of India to Vin Diesel by putting Bindi and playing Dhol by side, waiting for other Indian traditions to be open by Priyanka.