The Kick item girl Nargis Fakhri, who was before linked to Uday Chopra, lately wished him ‘Happy Birthday on Tweeter’.

The Reason behind the Separateness of Nargis and Uday

In October, Uday Chopra (Nargis Fakhri boyfriend) was seen wishing the actress on her Birthday. In her current birthday wish, Nargis even called Uday Chopra ‘Special’. After about 2 years of relationship, the two parted their ways. Apparently, the reason behind their breakup was their long distance relationship and some commitment issues. Bollywood Hottie Nargis  Fakhri wanted to focus on her career and Uday also wanted to head his career in production line. Therefore, both decided to get separated with mutual understanding.

You may also like: Nargis Fakhri Hot on the Cover of India Today Travel Plus Dec 2014 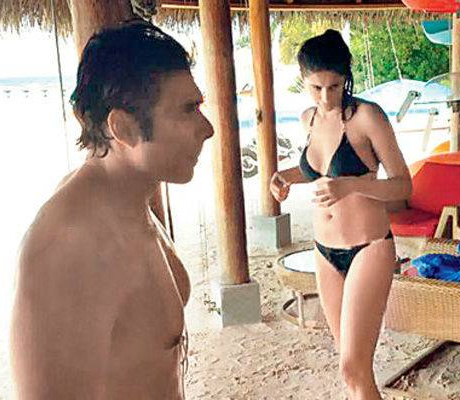 Nargis and Uday’s Friendship after their Breakup!

Bollywood ex-couple Nargis Fakhri and Uday Chopra had been spotted in Maldivas in the past. Both supposedly went there for spending quality time with each other. However both the celebs denied being in a relationship when questioned. Nonetheless, Uday could be often seen giving compliments to Hot Nargis on social media.

Get more updates about hot Nargis Fakhri from Bollywood News

‘Baby’: Esha Gupta to Groove to the Beats of ‘Beparwah’