M.S.Dhoni biopic starring Sushant Singh Rajput and Disha Patani in lead roles is all set to release on silver screens by 30th September 2016. But the movie released date was clashing with Beimaan Love starring Sunny Leone.

Although it is Sunny Leone’s flick but the movie goers are eagerly waiting to watch M.S Dhoni – The Untold Story. So the makers of the Beimaan Love have decided to postpone the release of the film. Is this is the only reason? 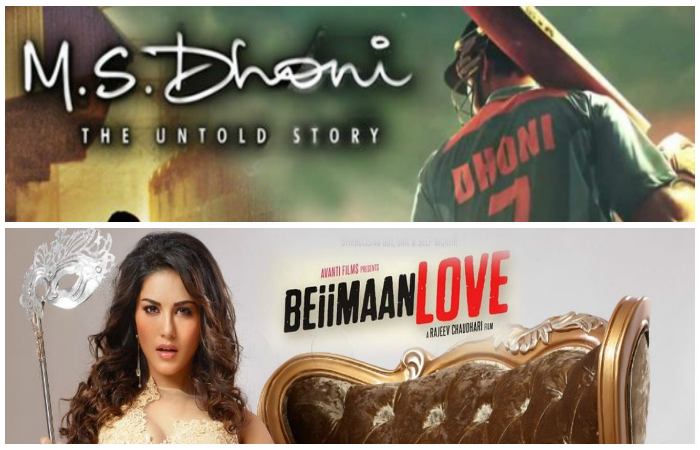 Wow! 4500 is a huge number isn’t it? One more reason we got for Beimaan Love postpone is there is no space in the theatres for Sunny Leone film.

A source close to the film Beimaan Love  revealed –

“Yes, the film has now been pushed all the way to October 14.” ‘M.S. Dhoni’ has quite a hype around it. People have been eager to watch the biopic of their favourite cricketer on the big screen, whereas there is literally no buzz about ‘Beiimaan Love.”

On 14th October, it is gonna be a right time for the release as a non-star cast film Fuddu is also releasing on the same date which has Sharman Joshi in the guest appearance.

Comment below and let us know for which movie you all are waiting for?

Shocking! This Alleged Couple Does Not want to work Together Anymore

Karisma Kapoor Chooses Desi Style For the Streets of Australia