As we all know, Shahrukh Khan is all set to mark his return to small screen with new TV channel ‘&TV’s game show ‘India Poochega Sabse Shaana Kaun’. However, what you might not have come across until now is that, he is also a part of another &TV show ‘Razia Sultan’.

It’s not that Shahrukh Khan would be seen playing any character in the show, instead he would lend his voice as a ‘Sutradhaar’ for the historical series. The show is a motivating fiction based on the story of Delhi Sultanate and first woman ruler, Razia Sultan.

SRK’s Shows Dedication for His Voice Over In ‘Razia Sultan’

SRK paced a notch higher in his work as he wished to voice over the character in order to make the audiences relate to that. Apparently, the King Khan of Bollywood, Shahrukh Khan not just lends his voice for the show moreover he even visited the sets of the show, with many questions in his mind about the look of the historical series and the key character ‘Razia Sultan’. 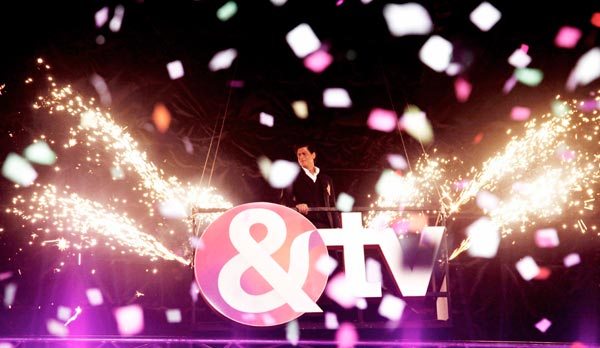 SRK even met the creative team of the show and rehearsed the line thoroughly, showing commitment for his work. Well the 49 years old has completed the shoot of his show ‘India Poochega Sabse Shaana Kaun’ as well as the recording of ‘Razia Sultan’.

“It was 1 a.m. but Shah Rukh's energy was high. While the channel representatives were happy with the first take, he insisted on doing it again with more variation. He then wanted to try something different and got under the skin of the characters, acting them out through dialogue, “said a source.

Shahrukh Khan’s both the shows ‘India Poochega Sabse Shaana Kaun’ and ‘Razia Sultan’ would get aired on 2nd March with the inception of the new channel& TV.

Get more about SRK show from Indian TV Serials.

Wow! ‘Yo Yo Honey Singh’ is Back With a New Birthday Bash Song