Splitsvilla7 introduced a new concept of nomination in its 14th episode, in which girls had to vote out a boy who smelled the most. Following to which Mayank Gandhi was directly sent to the dumping zone. For the further elimination procedure, rest of the boys excluding Mr. Mayank were made to perform item numbers on Bollywood songs, to impress the beautiful ladies of the villa including Sunny Leone and Khushi.

Based on the performance two persons had to join Mayank in the dumping zone.

Sunny literally set the episode on fire when she did her performance on Bollywood’s hit song “Disco Deewane” mesmerizing everyone with her hot dance moves. She wore a hot bikini top that had sheer flowing attachments to it with a tiny shimmer hot-pant. The actress looked extremely sizzling during her performance. 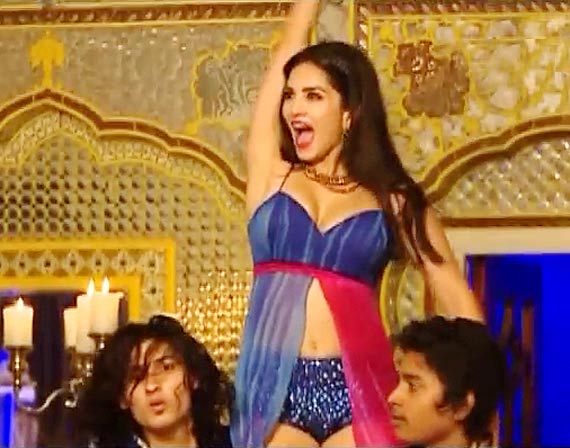 Further the boys performed on peppy songs like ‘Velle,’ ‘Kudi Saturday,’ ‘Chingam chaba Ke’ and amused everyone with their dance moves. But Mayank Powar ruled the hearts of all the girls especially Sunny Leone! Mayank just nailed it with his power pack performance on Bollywood item song ‘chikni kamar’ leaving Sunny totally thrilled with his body and dancing style.

Towards the end of Splitsvilla7 episode 14, it was Yasir and Ayaaz who got nominated with Mayank Gandhi to be out of the show this time.

Katrina Kaif accepts Ranbir Kapoor is 'important' in her life