Sofia Hayat in bikini avatar was absolutely sexy and stunning (by which we mean stunned everyone!). The model is well known for her curvy body and faulty figure. Earlier Sofia Hayat stripped down and gone nude for her Ex-boyfriend Rohit Sharma in November, on the occasion of him scoring a record-breaking double century.

How Sofia Hayat Become a Famous Face After Bigg Boss 7? 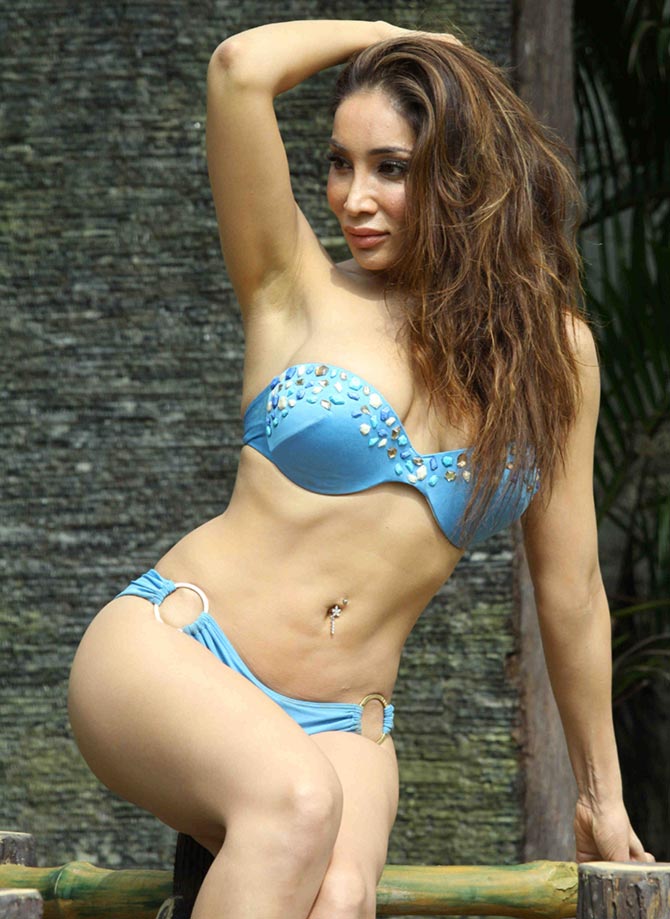 This time Sofia Hayat is back with a new set of sexy and hot images. In the photos, she seems having fun with colors, taking the full feel of holi. 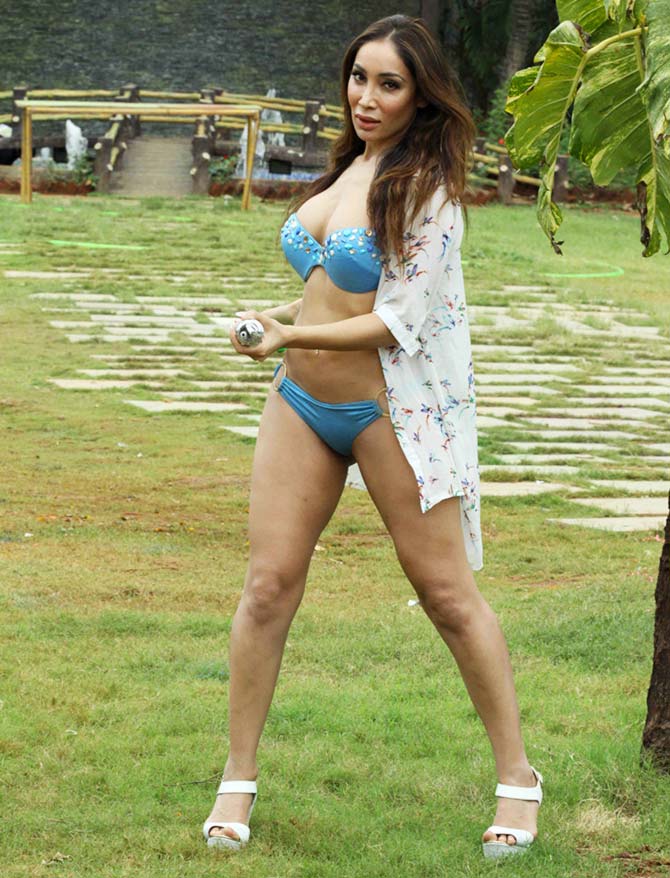 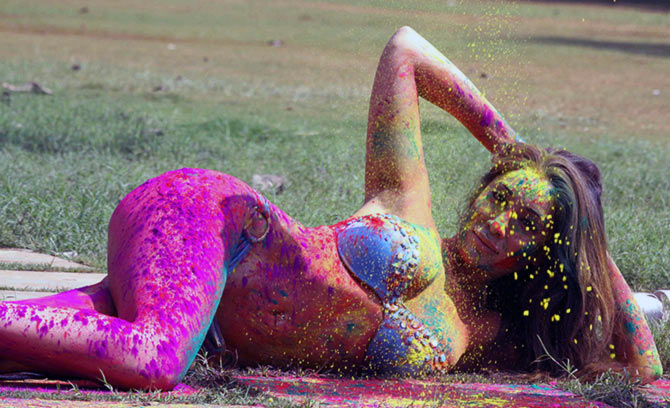 The actress became a popular face in India after her participation in Bigg Boss 7. Sofia Hayat was in the headlines because she filed an FIR against a Bigg Boss 7 contestant Armaan Kohli for physically assaulting her on the show. Now new Sofia Hayat in bikini photo shoot is becoming the talk of the town. 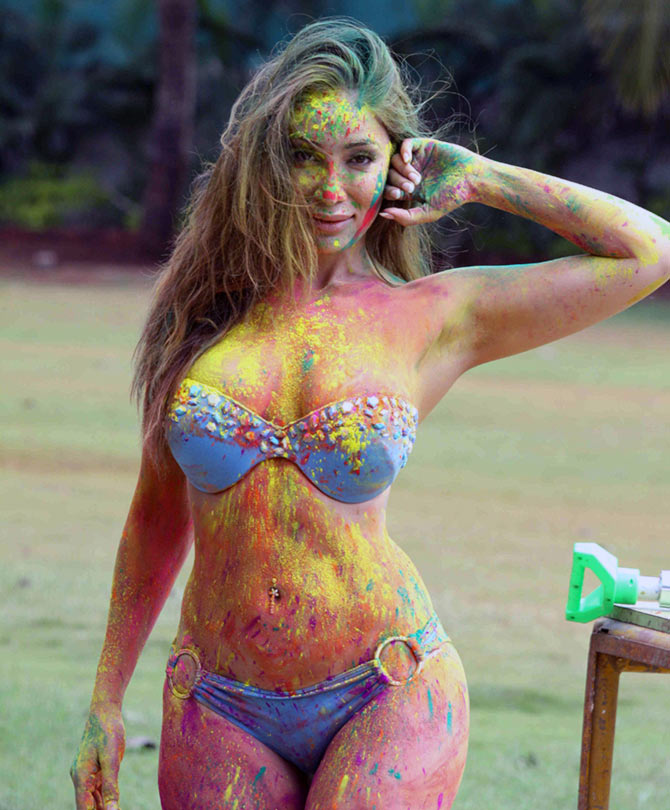 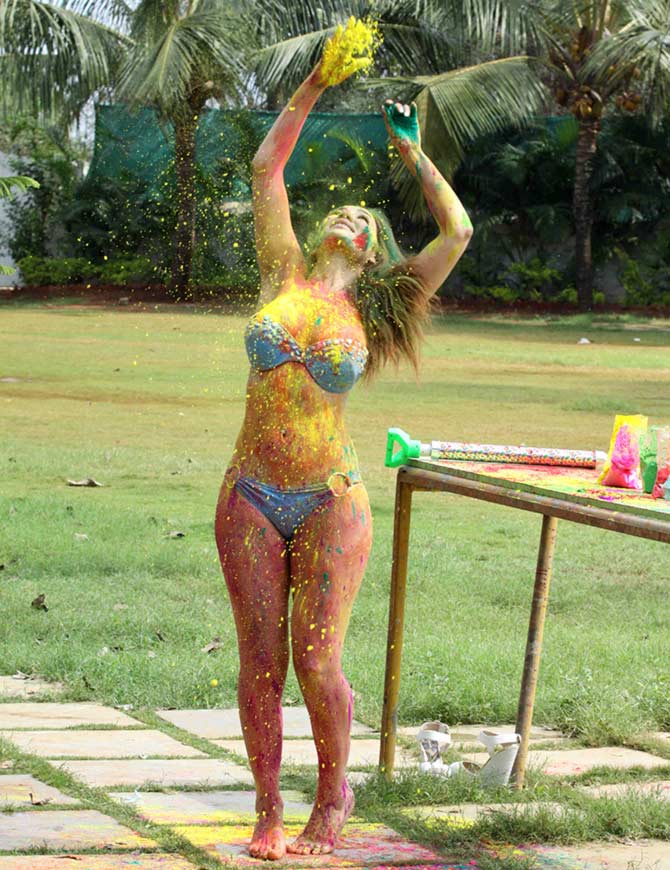 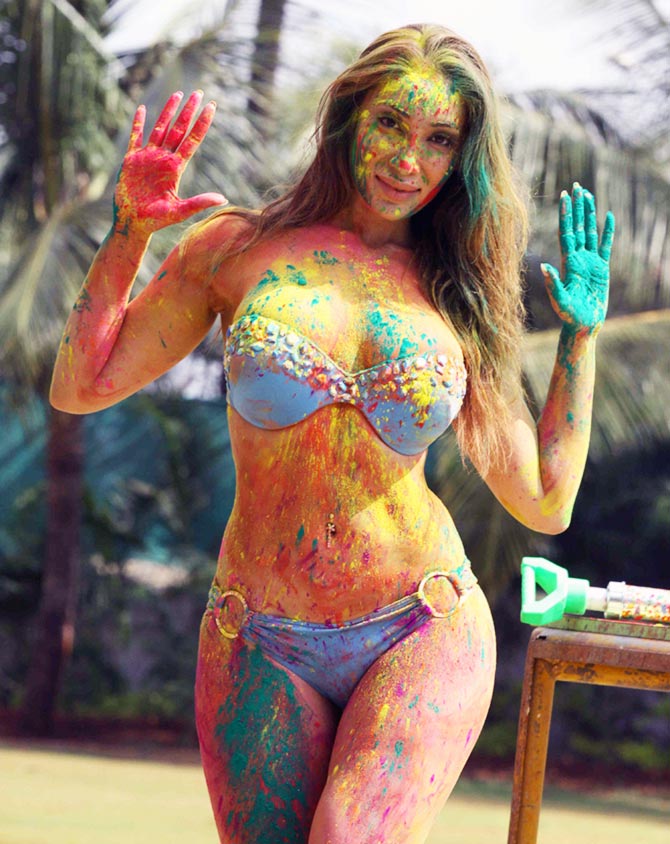 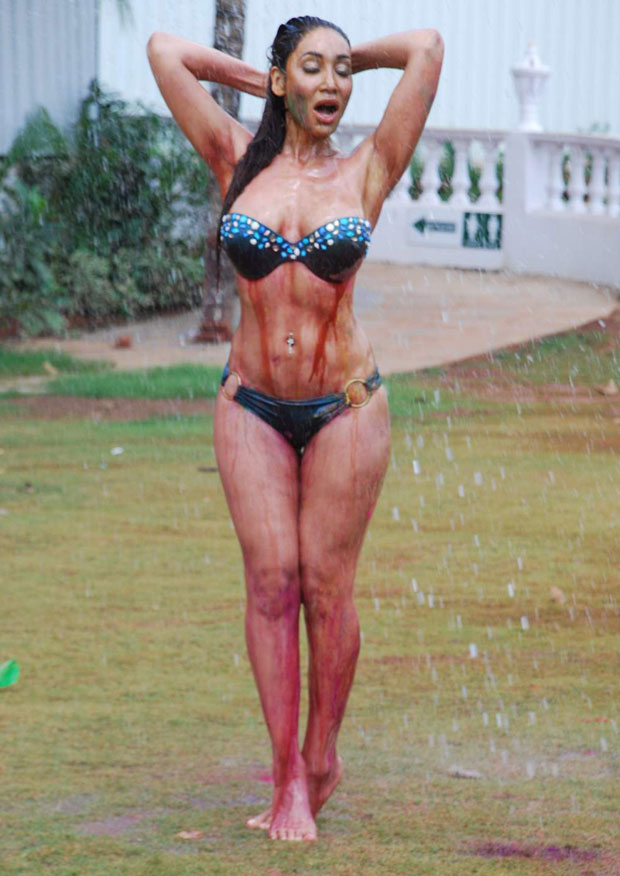