Finally, Udta Punjab got green flag from Central Board of Film Certification. Anurag Kayashap heaved a big sigh of relief when the controversy came to an end with just one cut instead of 89 cut in the movie from Bombay HC.

Udta Punjab starts rejoice their victory over CBFC - The complete team was present at the press conference held in Mumbai to celebrate the Victory of their film Udta Punjab. Shahid Kapoor, Alia Bhatt, Diljit Dosanjh, Anurag Kashyap, Ekta Kapoor, Vikas Bahl. The entire team expressed their happiness regarding the victory.

Now all the eyes are set on 17 June to see Shahid Kapoor as Tommy Singh.

View Some Experts Comments at the Meeting

“Landmark judgement#UdtaPunjab will fly and so will the voice of freedom and expression. Thank you all for the support. This is your victory.”

Shahid said the movie is very important for him after a debacle like Shaandaar.

“He is one of the good actors, a bankable actor. His films open decently. Udta punjab has got so much publicity right now, it is going to be one of the biggest hits of this years. At least, it will open very well. Every single person wants to watch Udta Punjab right now.” 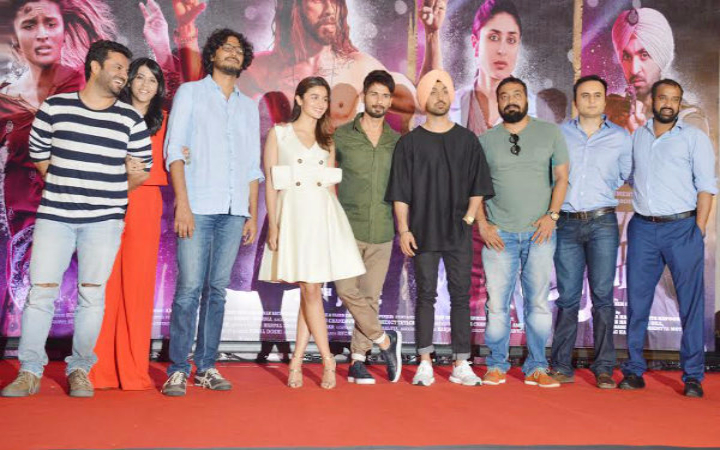 “Every single film is important for an actor. At times a film fails or at times they work. Shahid Kapoor is a very versatile actor. He can pull off a Kaminey and also a Jab We Met. He can pull off a Vivaah and he can pull of a Udta Punjab. He is a phenomenal performer and it’s just the matter of making the right choices of films. I believe he has the body language, the likeability and the versatility to be right on top of his game. Hope he makes the right choices going ahead.”

Perfect Match Making For Ankita Lokhande - Whom To Date

Here is Why Ranbir Kapoor and Gauri are Shopping in London?