All About Sanaya Irani

Sanaya Irani is an Indian television actress and model, who has been a very popular face of Star Plus’ hit Iss Pyar Ko Kya Naam Doon serial. She was born on September 17, 1983. The actress has been a part of many popular daily soaps and few films. Have a look at Sanaya Irani biography, with comprehensive details about her career and personal life.

Sanaya was born in Mumbai and she has completed her schooling from Ooty. She wanted to study further and complete her MBA however getting engaged in modeling assignments and advertisements, she had to drop her plans.

SAB TV’s show Left Right Left marks the debut of Sanaya Irani in Indian television. She become the know face of television with her role in Star One’s Miley Jab Hum Tum serial as the second parallel lead. Following this, she grabbed a lot of serials as Iss Pyar Ko.. , Radha Ki Betiyaan, Rangrasiya and Chhanchhan as the main lead.  She was also seen in Fanaa movie as the lead star Kajol’s one of the friend.

Bollywood star Boman Irani shot her first portfolio, before her entry on the small screen. She has been a part of many music videos and advertisements. Sanaya is amongst some of the most influential actors of Indian television with have many hit serials as the lead on their names.

Sanaya has been dating co-star Mohit Sehgal since the time when the two were roped opposite each other in Miley Jab Hum Tum serial. There isn’t marriage on the cards for Sanaya, as she wants to focus on her career first. 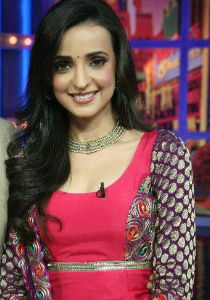