Super star Salman Khan, the wanted hero is the most demanded actor in India. Salman has earned a lot of accolades for Bajrangi Bhaijaan. Now Bhaijaan finally had gotten some international recognition too.

There is sensational news spreading around B -Town that super star Salman Khan will represent India at the Rio Olympics, as actually a Goodwill Ambassador in the latest edition of the Olympics which will be held in Rio. It’s for the first time that any Bollywood personality is appointed as Goodwill ambassador. 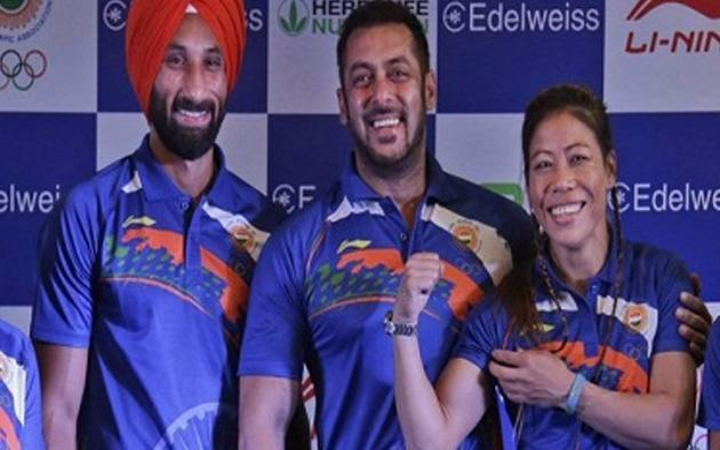 Sports community does not like the decision of IOA making Salman Khan as a Goodwill ambassador for Rio Olympics Milkha Singh saying,

“I want to make it clear that I am not against Salman Khan, but the decision of the IOA is wrong and the government should intervene in the matter. This is for the first time I am seeing a Bollywood hero being made goodwill ambassador for Olympics. I want to ask has Bollywood ever made any sportsperson an ambassador for any of their mega event.”

“A sportsman would have been a much better choice. Someone like Abhinav Bindra, who is India’s first individual Olympic gold medal winner. I thought he would have been the ultimate choice. I think there is no shortage of real sportsmen in this country and people have done some massive things in this country. I am for the country just as well as I am for Olympic sports.”

However, Abhinav Bindra tweeted in support of Salman Khan saying,

“In their pursuit towards excellence. Congratulations on being appointed ambassador of the Indian Olympic Team! @BeingSalmanKhan. An absolute honour which comes with great responsibility. To which Khan replied saying, “Will do my best.”