Diya Aur Baati Hum is Star Plus popular serial. It shows many characters, which performs the many moments like romance, action, emotion, angry etc. But recently we heard that, one special character ‘Chaturi’ will not come in the serial.

In the serial, actress Rashmi Pitre, better known as Chaturi has quit the show. Rashmi is an Indian Actress and Model. She has won many prizes in acting.

You may also like: Diya Aur Baati Hum – About The Show 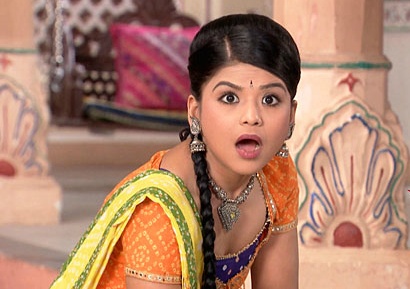 Rashmi Pitre Says About her Exit

She linked with the show since four years. About her exit, she says,

"It was a mutual decision between the production house and me. I did my bit for the role and the show. It would have made no sense to drag the character any more beyond this. The association has been great."

Recently, the episode was showed her exit. When asked her that, if she was unhappy with her character then she replied,

"Chaturi in the show was treated like a member of the Rathi family. But yes, I would like to play more prominent roles."

Rashmi said about her plan that,

“I will use the mini break to focus on my other passions, which are painting and writing."