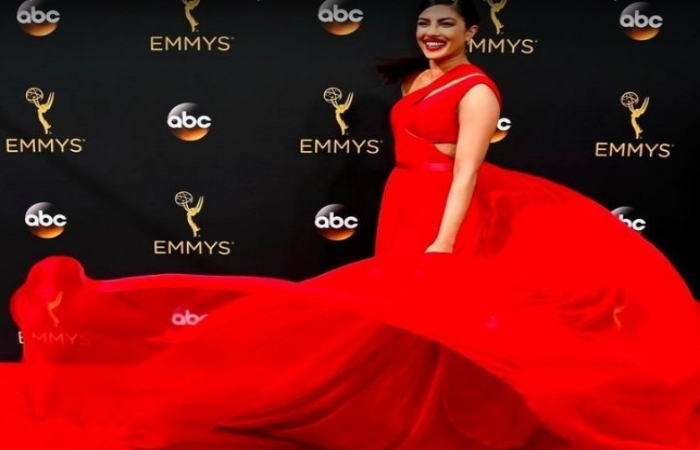 Actress Priyanka Chopra - a global star who is gearing up for the second season of her hit American TV series Quantico. The actress made a grand appearance as a presenter at 68th Primetime Emmy Awards in Los Angeles, California (US).

Emmy Award is the most honored award for the excellence in the television industry Arts and Sciences.

The Emmys 2016, Priyanka Chopra is looks like a complete bombshell on the red carpet. She taught a lesson that the girl always stands first when it comes down to the game of fashion. She recently been seen on the cover images of various magazines -

Peecee Looks As if She Will Fly ....Now