Star Plus’s long time running Yeh Rishta Kya Kehlata Hai serial has once again come up to another leap zone. The viewers of the show have already witnessed many leaps since the runtime of the show and now it’s the time for one more leap.

Yeh Rishta Kya Kehlata Hai would soon have a 10 years leap with the kids grown old track. However, according to the latest reports, the forthcoming leap of the story is being delayed, for Naksh being the reason. 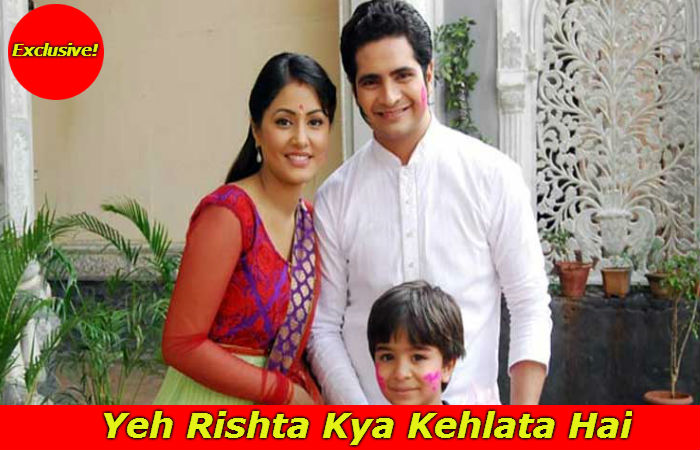 Well we aren’t talking about the chota Naksh instead we are talking about the new one. The makers of the show would perhaps postponed the 10-years leap as they haven’t yet managed to find a new face for the character of 20-year-old Naksh. As soon as Akshara (Hina Khan) and Naitik’s 20-year old would be finalized, the show would head for its impending leap.

You may also like: Yeh Rishta Kya Kehlata Hai: Akshara-Naitik to Play Holi with Family

Well grapevine suggests that the production house has undergone auditioning approx 200 boys however haven’t come across a perfect dashing and naughty face that they have been looking to portray the character of Naksh. There would be many other changes introduced in the show post the leap, one of which includes Akshara’s dressing style.

Aakshara who was first seen donning sarees following her salwar-suit avatar would move ahead for an Indo-western avatar this time. Another big surprise amid the leap track is that, the show would be shot in Cape Town, South Africa post its leap!

Nach Baliye 7: Mahesh Bhatt to be a Part, Anurag Basu to Judge!