Here is Swaragini written update of episode no. 54 aired on May 14, 2015. The show started with Sanskaar, who is desperately waiting for Ragini. He sees Lakshya and asks him about Ragini, he come to him and he gets pleased to see her. Ragini worries seeing Sanskaar wounded and she do dressing of his hand.

Here Lakshya is tensed about his announcement of marriage with Ragini as he is in loves Swara. On the other hand in Ragini’s house, her Maa (Sharmistha) tells Daadi that Lakshya has accepted Ragini under pressure. 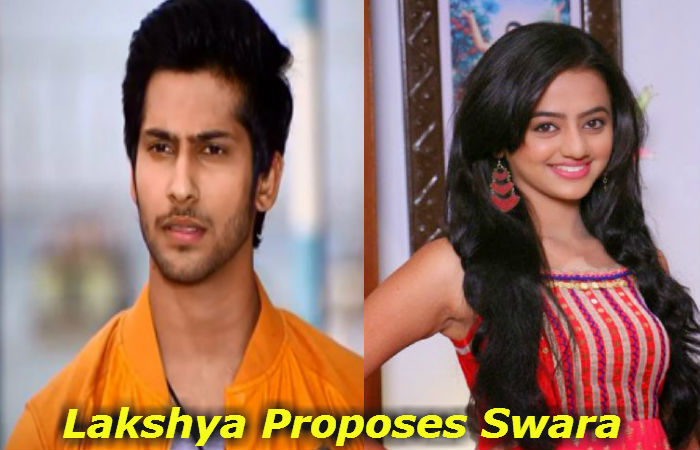 Meanwhile their argument, Daadi Maa notices Shekhar coming, and she starts blaming Sharmistha, for creating misunderstandings between the two. At first Shekhar asks Sumi that how can she blame his mother, however soon he lets her Maa know, he knows she is trying to create misunderstanding between them, as Swara told him everything about the incident.

Conversely, at Lakshya’s home in Swaragini serial, Swara praises him for finally proposing Ragini. In the kitchen Annapurana and Sujata talks that now they have to make Durga Prasad agree for this relation. Swara comes to the kitchen, where Sujata scolds her. She holds Annapurna while she is about to fall, and tries to ask her worries. Swara tell Annapurana to give her a chance to make everything fine and she agrees.

Ragini makes Sanskaar sleep by singing a lullaby, Annapurana asks Lakshya to drop Ragini and Swara home. Sujata thanks Ragini and apologizes to her for her deed. Ragini tells her not to say sorry and says that she will come tomorrow. The three reaches their Baadi, Ragini tries to open car’s door and Lakshya helps her coming close.

While the two go, Lakshya suddenly says that he wants to talks to her, Ragini thinks he is talking about her however, he says he wants to talk with Swara. In the upcoming episode of Swaragini serial, we would get to see Lucky proposing Swara!