Earlier at certain events a�� Miss India event, Filmfare Glamour and Style Awards she met Bollywood director and producer Karan Johar. Since then it is rumored that KJohar will give her break in films. It was also buzzed that he is planning to launch her in the sequel of SOTY (Student of the Year).

KJohar Opens Up On The Launching Rumors

Director-producer KJohar opens up on the rumors and said, he looks forward meeting her but there are no plans yet. 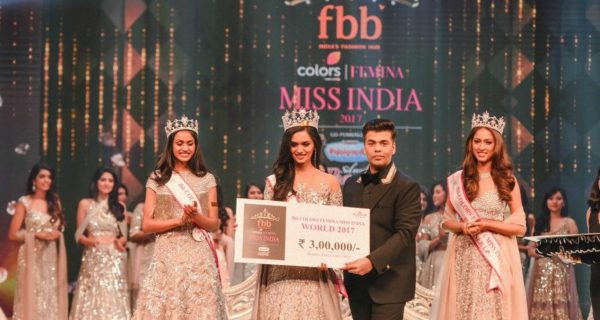 He said a�� a�?There is no truth to the news yet. We are very proud of Manushia��s achievements. I was hosting the show the year she won, so I have met her before and I did see potential in her. I look forward to meeting hera�� I havena��t met her yet after she won the crown for India. But there has been nothing discussed yet,a�?

Well, let just put this rumors on a calendar and wait for the truth to be out.
Prev article

Ranveer Singh And Sunny Leone To Perform Together At FilmFare Awards?