Reportedly, Katrina Kaif will romance the young and dashy heartthrob of Bollywood Sidharth Malhotra in the upcoming debut directional venture of Nitya Mehra. The rumors of Katrina and Sidharth Malhotra’s first movie as a pair has became the talk of the town.

Katrina Kaif & Sidharth Malhotra is all set To Romance

A source unveils that Katrina Kaif will be seen romancing Sidharth Malhotra in the romantic movie which would be produced by Farhan Akhtar and Ritesh Sidhwani. ‘Ek Villain’ fame Sidharth also worked opposite Parineeti Chopra in the movie ‘Hasee Toh Phasee’ which was the directorial debut of Vinil Mathew. 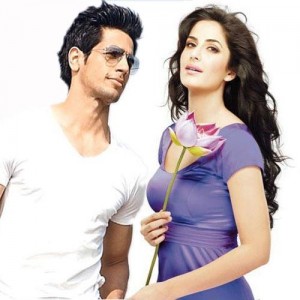 You may also like: Katrina Kaif is My Favorite, Says Anushka Sharma

Recently Kat is busy in shooting with her boyfriend ‘Ranbir Kapoor’ for their film ‘Jagga Jasoos’ and according to a report she would  also be doing a movie with Aditya Roy Kapoor. On the other hand, Sidharth is also busy with his upcoming movie ‘Brothers’.

Everyone is eagerly waiting for the upcoming film to see the romance of this new Jodi of Bollywood, Katrina and Sidharth. The handsome hunk Sidharth and gorgeous Katrina Kaif recently did the look test for their new upcoming love story. The new movie of Farhan Akhtar and Ritesh Sidhwani is likely to go on floors this year in 2015.

Get more about Anushka Sharma updates from Bollywood News.

Cricket God, Sachin Tendulkar Roped in To Play Himself in Biopic?