Filmfare Magazine has always put its best foot forward as far as the mien and demeanor of its cover-stars are concerned. However, this time the April issue of the magazine has amassed some style icons of Bollywood, all together in one frame.

Kareena kapoor, Akshay kumar, Sonam Kapoor and Alia bhatt are the names who are striking some dipped in glamour poses for the upcoming Filmfare magazine cover. Captioning the edition as “The Elite Club,” the magazine features winners of CIRCOC Filmfare Glamour & Style Awards.

You may also like: Preity Zinta on the Cover of Sakhi Magazine March 2015 Issue

Check it out the sizzling Filmfare Magazine Cover here! 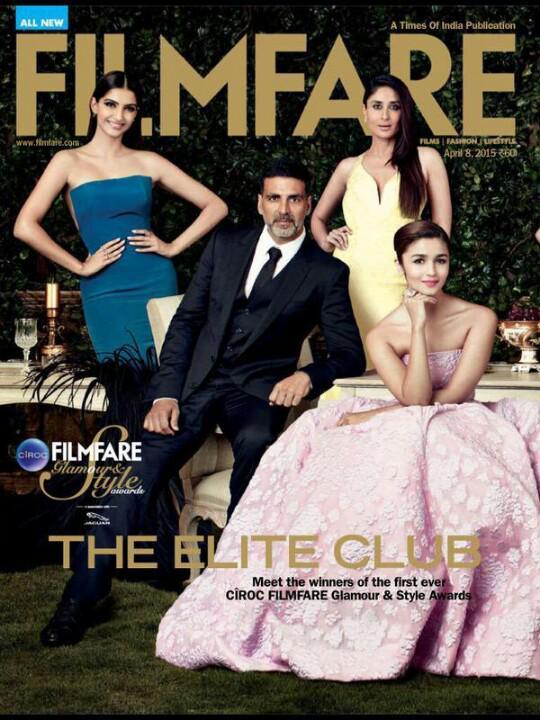