In the latest episode no. 205 of the Colors TV Meri Aashiqui Tumse hi serial judge gives a challenge to Shekhar Mehta that he has to save that girl from hanging. Shekhar accepts the challenge and the judge gives him the file of the case.

On the other side Ranveer says to Ritika that Ishaani will be hanged and she didn’t love him. Ranveer (Shakti Arora) also says that he can’t live without Ishaani and talk to every lawyer to save her. Then Ritika says Ishaani is so lucky to have you as a lover but stupid that she couldn’t realize your true love. Suddenly Meri Aashiqui Tumse hi Ritika feels pain in her stomach and says the baby kicked her.

On the other side Shekhar meets judge’s daughter hugs her and says he will have to work for two days after then they will meet. Sharman brings the entire family to a house but Baa gets angry and says this house is like a cage. Baa curse Falguni and her daughter Ishaani for the entire problems. After entire conversation Falguni thinks that soon she will have to find a new place to live. 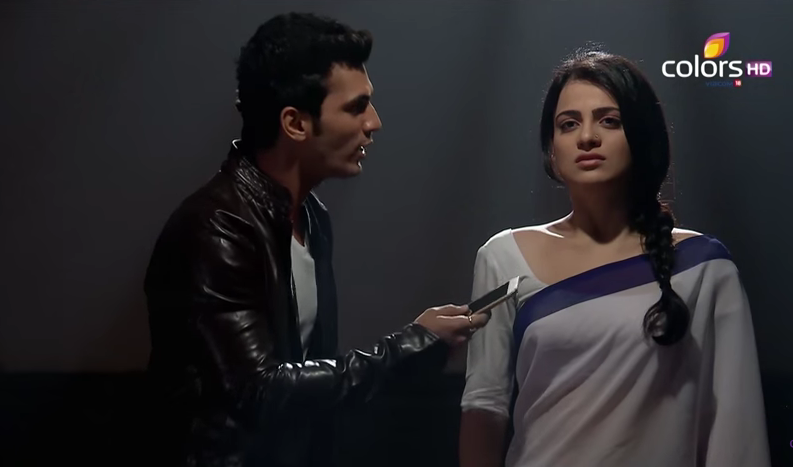 You may also like: Meri Aashiqui Tum Se Hi: Will Ranveer Get to Know Ritika is Killer?

In the jail Shekhar talks to the lady inspector and asks her to meet Ishaani Parekh. To which lady inspector says Meri Aashiqui Tumse hi Ishaani doesn’t want to win the case. Shekhar tries to convince her to say something about the case but Ishaani refuses to say anything.

In Meri Aashiqui Tumse hi serial Falguni meets Nitin in a market and gets surprised to see jewellery in her hands. He asks how she will live like this selling her jewellery. To which she says after her husband it is her duty to keep everyone under one roof.

Then Falguni says that this is not the way to run the house instead she has to do a job. On the other side Shekhar says the Ishaani’s dialogue to judge’s daughter. For Meri Aashiqui Tumse hi latest news keep reading Indian TV Serials.