The handsome hunk of Indian Television “Karan Kundra” is all set to rock again with his new serial “Dil Hi Toh Hai”.

Karan Kundra is a popular name of television who made his debut on the television with Balaji Production's show “Kitni Mohabbat Hai” opposite Kritika Kamra. Now he is all set to rock again on TV.

Yes, in an interview the actor said, “An actor’s performance gives an insight into all the experiences and emotions he has seen in life. Having spent a good amount of time in the industry, I definitely see a lot of change in me.” 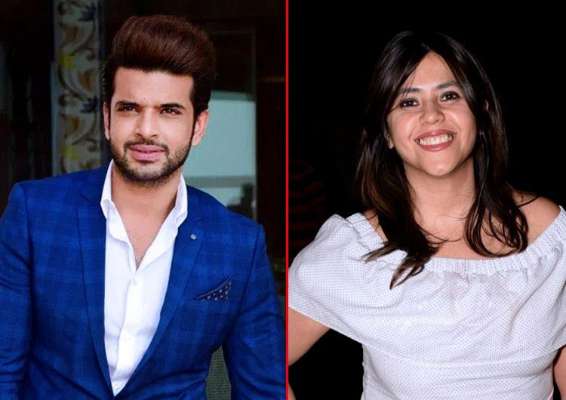 He also talked about his personal bonding with Ekta Kapoor and Vikas Gupta. He said that all my fiction shows belong to Balaji (Ekta Kapoor) and it is not that he doesn’t want to work with anyone else or trust anyone but it's just that Ekta’s shows have worked for him pretty well.

The actor also talked about Vikas and said that we keep experimenting different shows on television just like Gumrah. And it is fun to work together with him. He added that I am OK working with anyone, it’s just about good content.

The actor also shared his views regarding being constantly under the limelight. He said that people often say they are getting too much attention but I don’t understand this is what we choose right? The actor added that he loves it when his fans love him and pay attention to his work, it shows that he is doing a good job.

Yes, sometimes things get too personal but we can deal with it, otherwise he loves all the attention that comes his way. While talking about his career graph, he said that he is quite happy with it. His MTV show Love School has become the most watched show on the channel and now he is ready for Dil Hi Toh Hai! At last, he said that it feels great that all his hard work is paying off.

Now coming to the show, it will air from Monday to Friday at 10 PM from June 18 onward on Sony TV.