Lately the actress was observed sweeping the streets of Mumbai along with disable children from Munshi Yojana Foundation School. The actress isn’t nominated anyone’s name instead she was seen spreading awareness for mobile radiations with its ill effects.

You may also like: SRK’s First Ever Take on PM Modi’s Swach Bharat Abhiyaan

Juhi who is actively involved in social services even launched an Indian online portal to share her part against Child Sexual Abuse. 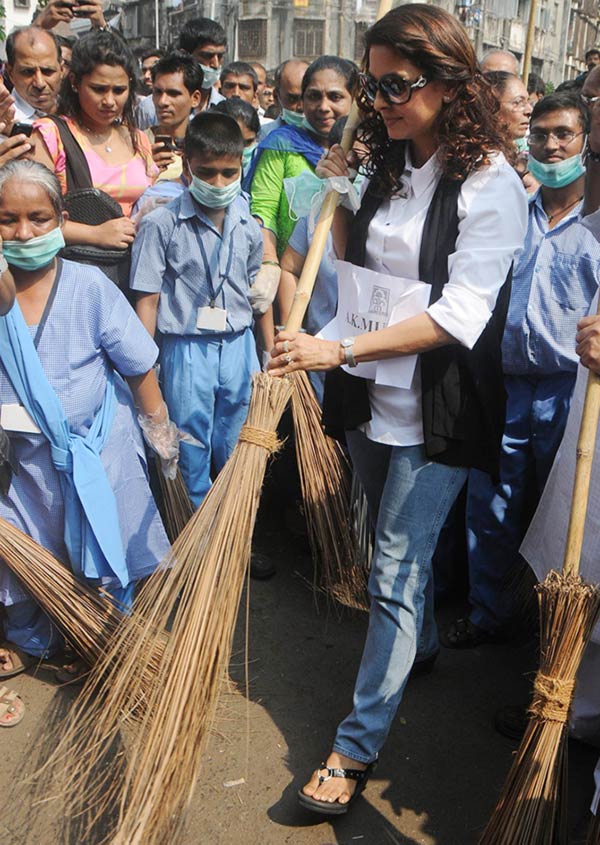