The rocky dashing handsome actor John Abraham is now the part of Hera Pheri 3. As the news became a big headline when John not been the part of the sequel and there is a lot of uproar all around.

The third installment of the movie Hera Pheri 3 is directed by Neeraj Vora and the update regarding the release date of the movie is also not yet disclosed. The movie featuring Paresh Rawal, Abhishek Bachchan, Sunil Shetty and John Abraham, Well it’s quite surprising when john stated even he also has no clue on what exactly is going on with the film. 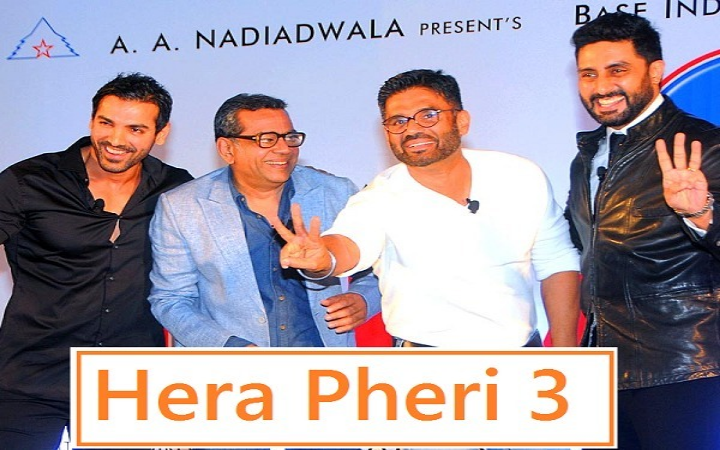 The star is having two movies in his kitty, Dishoom and Force 2 this year.  John is busy with the promotions of his movie ‘Dishoom’ with several media interactions. In one of the interaction with media when John was asked about ‘Hera Pheri 3’ Actor John Abraham replied

“The best person to ask is Mr Firoz Nadiadwala. If he gives you an answer, please let me know. Honestly, I have no idea about it. The last I heard about the film was when Abhishek said somewhere that he’s not a part of it.”

John also clarified about the concern regarding the price saying

"I get no pride in saying that I charge so much more. I just need to be appreciated and I am very simplistic in my heart about my profession, not corrupted where money is concerned. A lot of people say that John is a smart businessman. There is nothing wrong in being smart or being a businessman, but does that mean that I charge irrationally? The answer is no I don't,"

Well, for now we are very much excited to watch John Abraham Dishoom that releases on July 201, 2016.

Deepika Padukone Revealed All About Her Engagement