The first look of the upcoming romantic drama movie Phir Se is unveiled by the makers. The upcoming Bollywood movie features Kunal Kohli and Jennifer Winget in the lead roles. The new romantic Phir Se Poster has been revealed by Kunal itself on his twitter account.

Also the actors Sushmita Mukherjee, Dalip Tahil, Kanwaljeet Singh and Rajit Kapoor features in supporting roles in the movie. The forthcoming romantic movie is directed by Ajay Bhuyan and Kunal Kohli. Earlier the famous director Kunal shows his potential as a director with so many movies such as ‘Fanaa’ and ‘Hum Tum’.

The forthcoming Phir Se movie is the debut of the filmmaker Kunal and popular TV actress Jennifer Winget in Bollywood. The tag line “I’m not 40 I’m 18 with 22 years experience” also imprint on the first romantic Phir Se Poster. The romantic flick is slated to release on 8th May 2015.

You may also like: Kunal Kohli Takes Acting Lessons from Shahrukh Khan’s Mentor 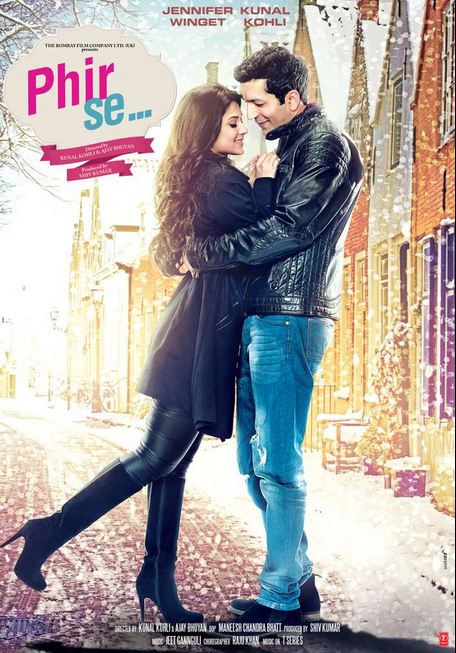