The International Indian Film Academy Award  (IIFA) is one of the most prestigious awards that took place last night. The award ceremony, held in Bangkok, witnessed a horde of glamorous stars of Bollywood. 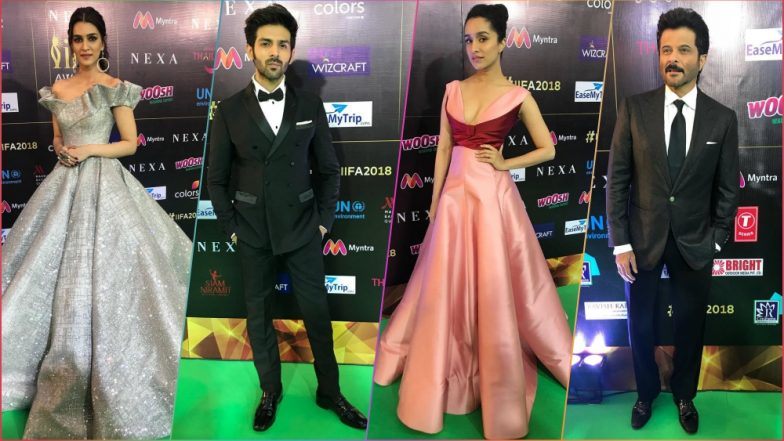 This was the 19th edition of the IIFA Awards in which many stars flaunted their dazzling moves and set the fire on the stage including Varun Dhawan, Arjun Kapoor, Shraddha Kapoor, Iulia Vantur and yes the most beautiful and mesmerizing Rekha.

The award function was hosted by filmmaker Karan Johar and Bollywood's favorite Riteish Deshmukh. Their humor and awesomeness grabbing the attention of the audience.

Let’s Have A Look At The Highlights of IIFA 2018

In the IIFA 2018, late actress Sridevi was honored with the Best Actress award for her film Mom. Her husband and director Boney Kapoor accepted the trophy on her behalf.

Well, the award ceremony became even more dazzling when veteran actress Rekha performed on some of her popular songs.

The phenomenal actor Nawazzuddin Siddiqui, who is quite famous for his intense acting and sense of humor, won the award for Best Actor In Supporting Role (Male) for his movie Mom.

The gorgeous lady and the bright actress of Bollywood Kriti Sanon won Style Icon of the Year Award.

These are some dazzling highlights all the way from IIFA 2018 Bangkok. But this is just a glimpse, there are many more things that made this IIFA a memorable one.