We all are very much aware about the happenings running between the two well known actors of B- Town Hrithik Roshan and Kangana Ranaut their relationship has been following an increasingly ugly path, with legal notices, their saga of love is coming out in the open.

Reports after reports revealed the facts about their love story. Kangana and Hrithik has both finally broken their silence. The new shocking turn in the case is about the email exchange between Hrithik Roshan and Kangana Ranaut.

The Case is Getting Nastier Than Ever! Read Some Facts Here: 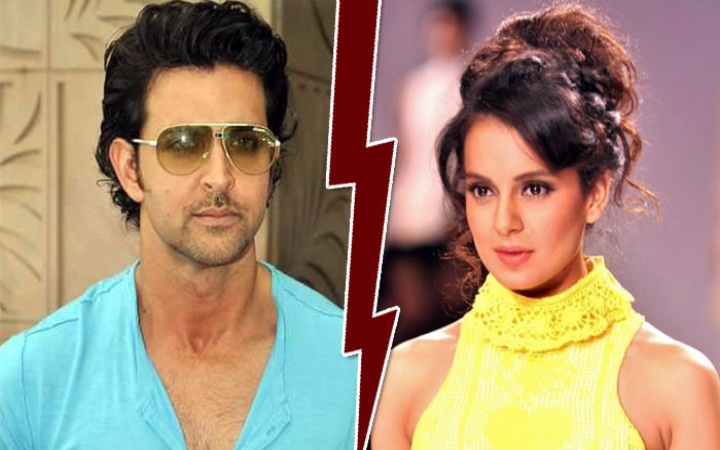 Both the parties are hitting back at each other yesterday, we revealed to you about the few LEAKED emails that Kangana sent to Hrithik on his original email id

Hrithik on December 12, 2014, complained to the cyber crime division about hacking that an unknown person using his email-id hroshan@email.com and talking to his fans. The complaint letter was then sent to concerned police officials.

Shocking turn of events, Mr.Roshan has leaked the emails that he received from Kangana Ranaut. Where Kangana has referred to him as

“Jaan” and has made confessions saying, “Baby I feel when we start to date, I won’t like to see your pics and news on the net like this. It confuses me and can cause complications in our relationship.”

Definitely something that none of us has expected- Call recording of Ms Ranaut lashing out at Hrithik over a phone call, right in the middle of this legal mess. Yes!

A YouTube channel named ‘Screen Patti’ has released the audio recording of Kangana abusively slamming Hrithik Roshan over a phone call. You can hear a voice of Kangana screaming words like,

Kangana and her lawyer SLAMMED Hrithik, even calling him desperate.

By circulating some out-of-context unreliable and unverified emails to the media together with some unreliable private forensic report, Mr. Hrithik Roshan has finally proved that he has lost complete trust in the legal system as well as patience and shall go to any extent to cause damage to my client’s name, image and reputation and instill fear in her mind. It is apparent that he cannot wait till my client formally records her statement with the police and is therefore obviously pushing her to extremes, to proceed ahead in the matter without waiting to obtain a copy of the FIR, as is legally sought by my client.”

What do you think about this controversy? Let see what happen next?

Nil Battey Sannata Movie Review: Why It’s A Must Watch!