Famous rapper FKA Twigs (Tahliah Debrett Barnett) did a naked photo shoot for Cover of V Magazine’s music issue. Along with being a rapper FKA is very popular singer, songwriter and dancer as well.

In this photo shoot FKA was seen wearing silver jewelry with dark red lipstick and skin color panties with a V Magazine Cover.

According to the Huffington Post reports, FKA Twigs talks about influential locales and art, like the New York and London underground in her interview for the V Magazine Cover,

You may also like: Katrina Halili Hot Poses for FHM Magazine Cover

"For the past two years, in New York, I've been voguing and learning more about the movement. I go to kiki balls and reach out to dancers. I'm not even that good, but I'm getting there."

According to a source,

"They absolutely loved her. It went so well. Rob's family has always been supportive of him and they thought they were great together." 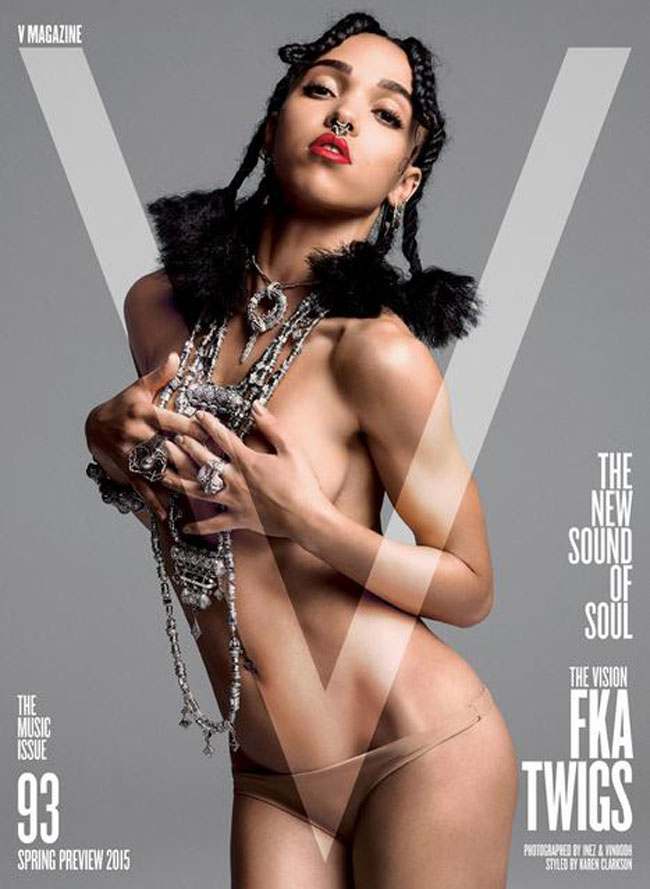 Get more updates about FKA Twigs from Hollywood News.