The tonight episode of famous cooking show ‘Farah Ki Daawat’ will feature the cutest pair of Bollywood Anushka Sharma and Ayushmann Khurrana. The pair (Anushka- Ayushmann) has never made an on screen appearance together however they were share good movements in the cooking based show.

In the show NH10 star Anushka Sharma makes a rocking entry on a bicycle. The B-Town actress herself unveiled on Farah Khan cooking show that she is a big foodie & would not start her meal without having at least 4 to 5 different types of dishes on her table. She also says that her mother is world’s best cook and for her she cooks any kind of food. 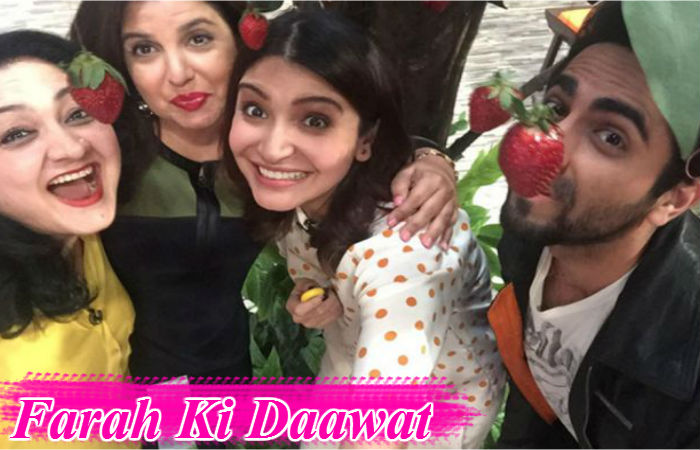 Also the actress says that in her childhood she love milk a lot and every time when she visit her friend’s home she would also drink heir glasses of milk. Meanwhile, the actor Ayushmann Khurrana enters in a filmy style and he also gets Ghewar for the actress to add a fun to the Farah Ki Daawat show.

You may also like: Sonakshi Sinha as Celebrity Guest in Cooking Show Farah Ki Dawat

After some time the host of the cooking show Farah challenged both the actors to get strawberries without using their hands from a plant. Anushka get more strawberries then Ayushmann and wins the game easily. 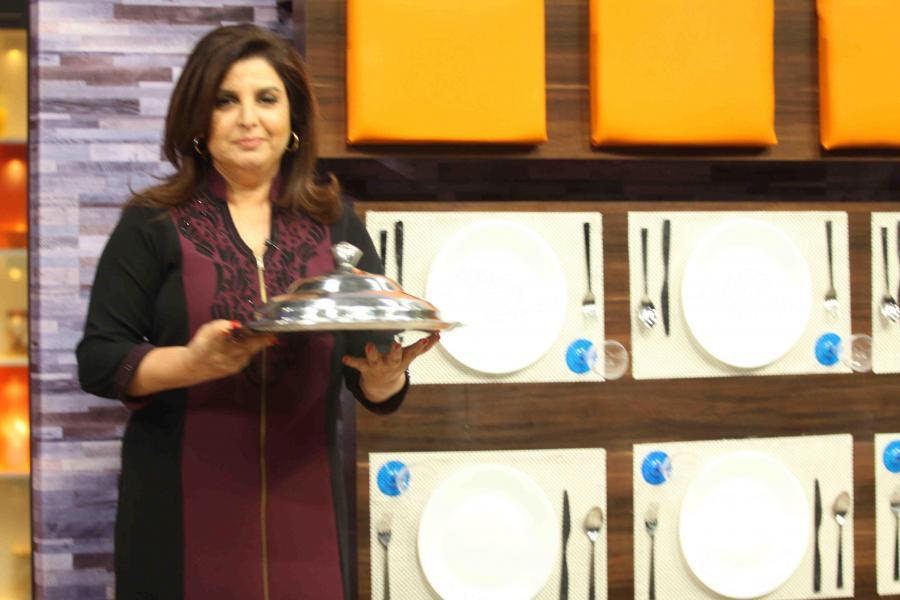 Source "tellmeboss.com" After all this fun the host Farah Khan asked the actor Ayushmann Khurrana, that according to him who was the spiciest actress in Bollywood. Then without any delay he takes the name of beautiful actress Deepika Padukone. And when Farah asked him that who was the namkeen actress to which he replied Anushka Sharma.

Margarita with a Straw Box Office Collection: Do Average Business