The latest episode no. 5 of the new show of Colors TV ‘Farah Ki Dawat’ showcased the beautiful Bollywood actress Sonakshi Sinha as the celebrity guest. This episode was very special for the actress because she was officially entered into the kitchen for the time.

The Dabangg actress herself revealed that she even don’t know “c of the cooking”. The Bollywood actress even doesn’t know how to make simple beverages like Tea or coffee. So to help her Farah khan, who is the host of the cooking show Farah Ki Dawat invited Sona’s mom Poonam Sinha. 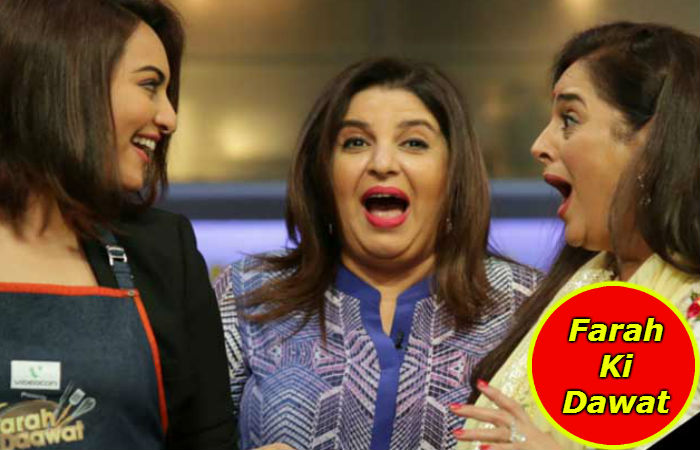 You may also like: Dil Ki Baatein Dil Hi Jaane: Interesting Facts About The Show!

“I'm thrilled that her 'cooking inauguration' or like they say 'Shree Ganesh' happened in my presence and I got to witness it. I was amazed to see how fast she was grasping things in the kitchen.”

Both Sonakshi and her mother Poonam Sinha decided to make their signature dish ‘Sindhi Curry’ and named it as ‘Sinha Sindhi Kadi.’ However things got heated when the actress was seen losing her forbearance and getting into an argument with her mother Poonam.

Sonakshi Gets into an Argument with Mom in Farah Ki Dawat 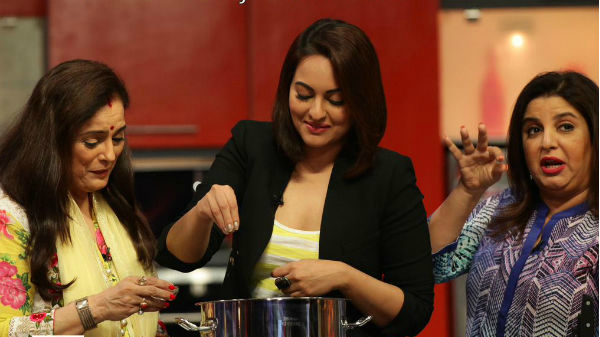 It’s not a heating argument, but in Farah Ki Dawat show Sonakshi was seen telling her mom that she was so confused on what to do and the latter asked her to concentration. The argument was ended by the host and filmmaker Farah Khan and both maa-beti rejoice in delicious ‘Sinha Sindhi Kadi’.

After that a fun element was added to the Farah khan cooking show by the well known TV actors Karan Wahi and Rithvik Dhanjai. They pulled off some quirky stints to allure Sonakshi Sinha.