According to recent reports, the upcoming historical romantic movie Bajirao Mastani will release in the end of this year December 2015. The romantic flick is produced and directed by Sanjay Leela Bhansali.

At present the makers of the upcoming romantic Bajirao Mastani movie are busy in shooting for the movie in the beautiful and capital city of Rajasthan, Jaipur. Recently, some inside photos from the sets of the romantic movie Bajirao Mastani got leaked. 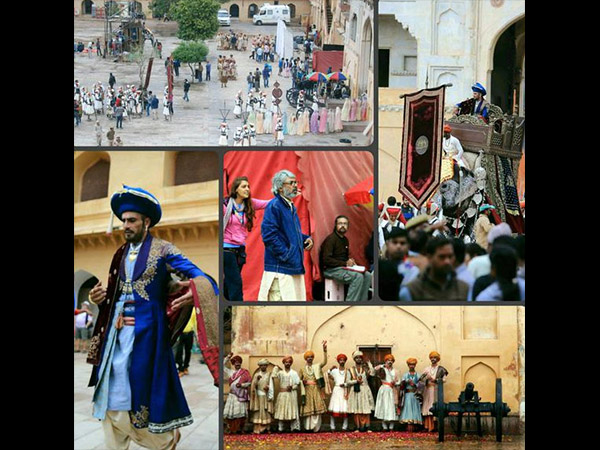 The makers of the movie completely try to release Bajirao Mastani this year 2015. The director Sanjay Leela Bhansali has created a royal set, which memorizes the old days of huge castles and decorated elephants of Rajasthan. While none of the leaked pictures have Priyanka Chopra, Deepika Padukone and Ranveer Singh in it.

Get more updates about 'Bajirao Mastani' movie from Bollywood news.