The upcoming and the most awaited movie of the year ‘Bangistan’ that features handsome hunk of the B’wood Riteish Deshmukh and the 'Fukrey' star Pulkit Samrat in lead role will release this Friday. It seems that the film has disappointed censor boards of different countries that results in embargo of the movie.

Earlier the news reported that Pakistan banned Bangistan movie, now again UAE appalled the producer and the star cast of the movies by sending the words that they have found the context of the film abusive.

Producer and Stars Saddened By Censor Board Decisions to Ban Bangistan 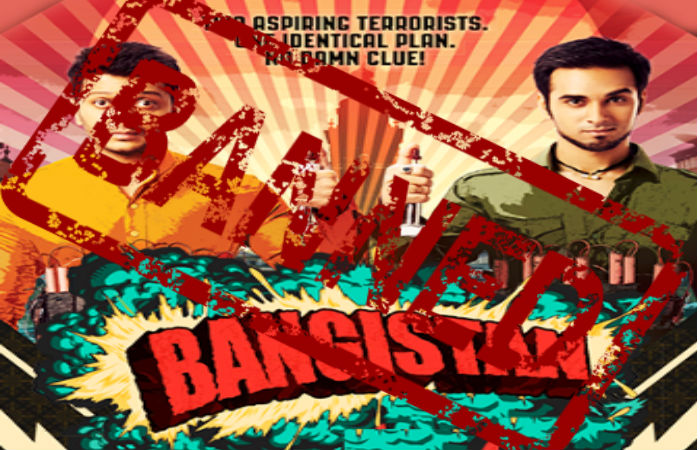 The film which was mostly shot in the regions of Ladakh and Poland is about two suicide bombing planers Riteish Deshmukh and Pulkit from two regions who have been persuaded into a bursting mission but in the course of time realize that thirst for death is the hopeless point. As the movie is now banned in two regions of course, the number of screens and the crowd for 'Bangistan' is now decreased. But let’s hope that after sending the movie for re examination to the committee’s, movie will again be sanctioned for the big screens.

After getting ban in UAE (United Arab Emirates) and Pakistan will Bangistan compensate the amount from the remaining regions?  The movie is all slated to release on 7th of August this year. Sri Lankan beauty and the popular actress of the B-wood Jacqueline Fernandez will be seen in guest appearance in the film.

Did You Like Rangabati Song from Kaun Kitne Pani Mein?