Mrunal and Chhavi As the Lead Pair in ‘Bandhan’ Serial 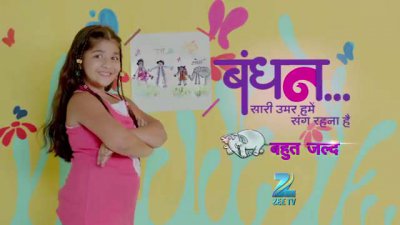 Mrunal was the male lead of colors serial Uttaran, which went off air recently. He got finalized to play the grownup Darpan in Bandhan. Darpan’s role is currently played by Ananya Agrawal and Vishwas Rao’s role is played by Sudesh Berry. But, from February onwards the characters would be taken over by Chhavi and Mrunal.

Bandhan is all set to take a 10-year-leap and the show will now introduced new characters in Februar. The new promo of the show would be shot soon.

The story of 'Bandhan' to shift in Mumbai

According to sources, “Currently, the track is focusing on the kid Ananya Agarwal's (Darpan) character's struggle against Sudesh Berry (Vishwas Rao). However, she will lose her memory in the episodes to come and will forget about her revenge and the elephant, who she treats like a brother. After this, the leap will happen where the grown-up characters will be introduced. The story will shift to Mumbai and she will be shown living with a modern family.” Get more updates about 'Bandhan' from Indian TV serials.
Prev article

Nawazuddin Siddiqui with Nicole Kidman in a Hollywood Film