Dabangg Khan Salman is currently busy in the shot of his upcoming Bollywood film ‘Bajrangi Bhaijaan’. Movie is all set to be release on this Eid. The film is directed by Kabir Khan, Nawazuddin Siddiqui and Kareena Kapoor Khan are also playing as a lead role with Salman Khan.

After releasing the teaser and the dancing track ‘Selfie Le Le‘  Salman took his twitter handle and unveil power packed second poster of Bajrangi Bhaijaan movie, three days ahead of the trailer. Salman Khan looks amazing and damn impressive in the poster.

Watch Intense Salman Khan with the Little Girl in Poster

For the eager fans Salman Khan also tweeted "#BajrangiBhaijaan trailer to be launched on 18 June at an event by Salman himself. Confirms Amar Butala, CEO of Salman Khan Films” 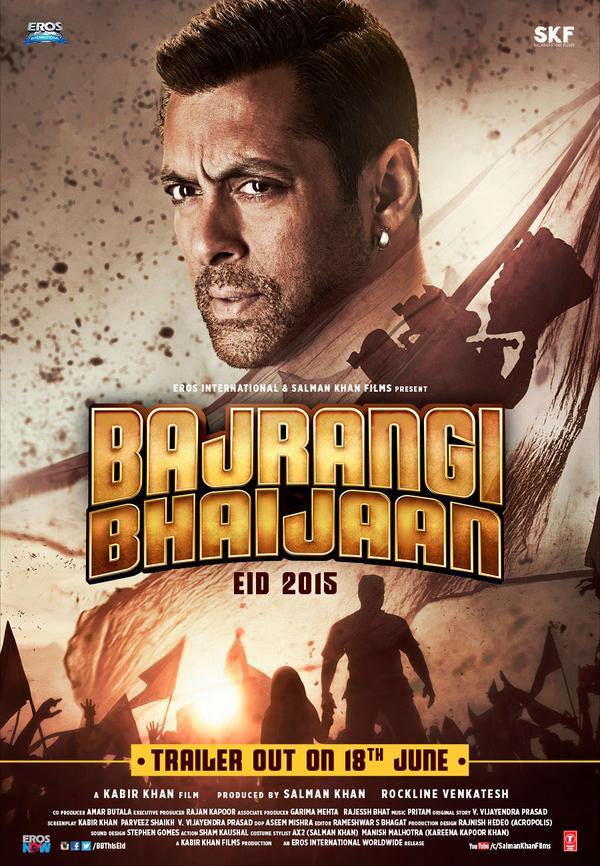 Bajrangi Bhaijaan movie is produced by Salman Khan Productions and Eros International, is all set to hit the theaters on July 17, 2015.