Ayushmann Khurrana’s Hawaizaada may have became a futile attempt at the box office however the actor-cum singer is yet again set to come up with this next movie, under the banner of Yash Raj Films. 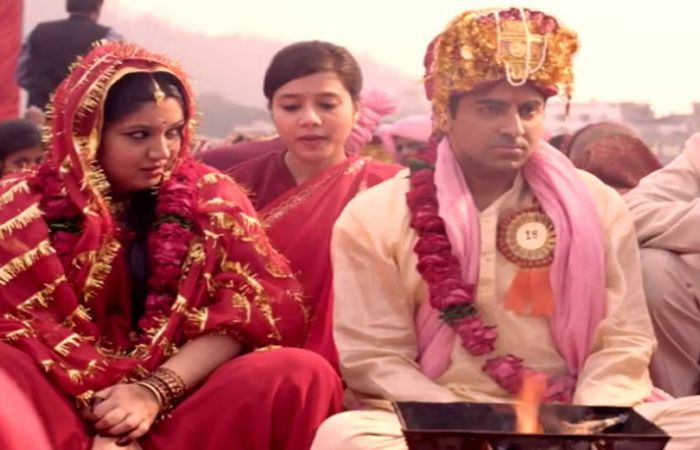 Featuring a simple and cute Ayushmann, the first track of the film has been lately released by its makers. Depicting the sweet nok jhok between Prem (Ayushmann Khurrana) and Sandhya (Bhumi Pednekar), the song ‘Sunder Susheel’ is a pleasant and appealing track.

‘Dum Laga Ke Haisha’ is a story about a husband who has qualms on accepting his overweight wife, the film’s trailer, which was released earlier, looks appealing as well as promising. The track sums up the qualities that the husband-wife Prem and Sandhya, long to see in their life partners.

The pleasant track has been sung by Malini Awasthi and Rahul Ram, who add zing to it with their commendable singing. The song has been composed by popular music director Anu Malik. The lyrics of the song have been penned down by Varun Grover.

Startling! Bollywood Actor Ranbir Kapoor Says, ‘I am Not Engaged’