Written update of 26 January 2015 episode of Meri Aashiqui Tum Se Hi: The serial started with Amba, who said Ishani that she will get her divorced with RV, owing to her unlawful relationship with Chirag. Ishani looked at Ranveer but he stood quiet and disturbed, he left the hall, Ishani ran upstairs following RV.

In the room, Ishani (Radhika Madan) asked Ranveer (Shakti Arora), does he trust her? RV ignored her. Suddenly his phone ranged, he took the call, said you, and left the room.

Outside the room, RV was busy in conversation, on the phone. In the conversation, Ranveer was shown saying that the place isn’t right for girls, and giving her another address.

Here outside Ritika’s house, Ritika sat in her car and left. Pratik came in a rickshaw, and saw Ritika’s car leaving, he got worried that she left for the market as he got late and he went behind Ritika in the rickshaw.

Pratik is Worried about Ritika and RV’s Relationship

You may also like: Meri Aashiqui Tum Se Hi Cast: Ishani and Ranveer Flies Kite Together

On the other side of Meri Aashiqui Tum Se Hi, Pratik Saw RV talking to a girl. He was saying that nothing is left between him and Ishani, neither love nor relationship, and he hugged her. Pratik thought that, the girl is Ritika, she loves Sharman and is just a friend with Ranveer. 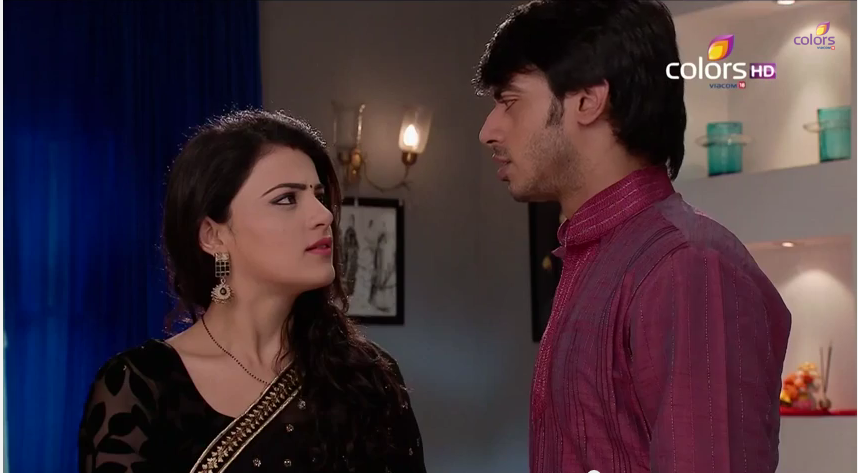 Would Ishnai Be Success in Her Plans against Chirag

In the house, Ishani made a plane against Chirag with Sharman, Derwash and Pratik. Pratik, who was worried to saw RV with a girl said that, what if the other person doesn’t love you. She replied that, Ranveer definitely loves her. Sharman agreed to her, but Pratik was still worried. Then she gave a name to her plan, ‘mission haseena’.

After making the plan to trap Chirag, Ishani came in the room and thought that, her brother is with her. Therefore, she would defiantly be successful in her plan. But Suddenly Amba came in the room and said her that, since she is leaving from here so she must pack her bag.

After hearing Amba’s words Ishani went to the washroom, here her finger ring fell down in the basin’s pipe and she struggled to take out her ring.

Shocking: Upen and Karishma Gets Engaged In the BB8 House