Mr. Amitabh Bachchan, regarded as the living legend of Hindi film industry had been awarded with great honors as Padma Shri and Padma Bushan earlier. This time, taking it a notch higher, he has been bestowed with Padma Vibhushan award, the second highest civilian award in Republic of Indian.

President Pranab Mukherjee himself conferred the honor to Mr. Amitabh Bachchan on Wednesday at Rashtrapati Bhavan in New Delhi. Prime Minister Narendra Modi together with other Union Ministers attended the function. The Megastar who endowed a lot of Blockbuster movies, marking his sturdy place in the history of Indian cinema was present at the function with his family. 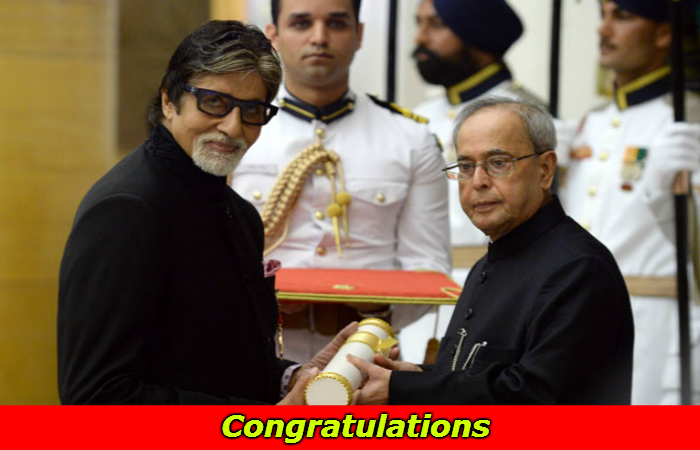 Son-Abhishek, daughter –Shweta, wife-Jaya and daughter in law- Aishwarya all were present at the event. Veteran actor Dilip Kumar was also awarded with Padma Vibhushan, however being unwell he couldn’t received his award in person. 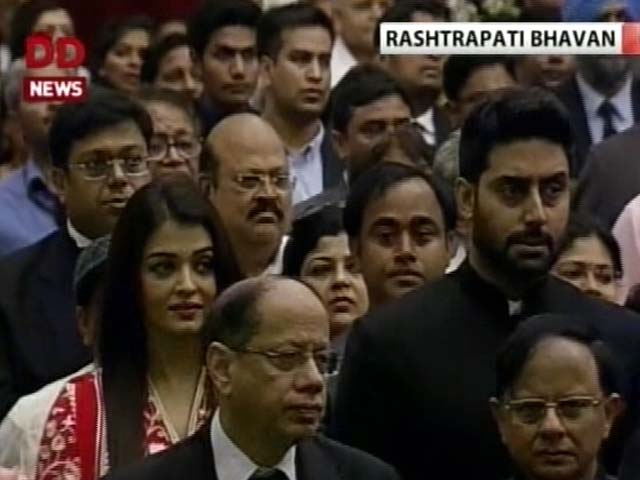 Get more about from Bollywood News.

Towel Pics: Shahrukh Khan in a Never Seen before Avatar for ‘Fan’