Akshay Kumar’s starrer forthcoming movie ‘Main Gabbar’ is now titled as ‘Gabbar is back’. Earlier the Sanjay Leela Bhansali’s movie was titled as Gabbar and was soon changed to Main Gabbar. And now we hear that the title of Akshay Kumar upcoming movie is again changed.

The story of the movie revolves around the powerful issue of corruption. The upcoming movie is the remake of 2002 Tamil movie ‘Ramanaa’. The movie is slated to release this year 2015 on 1st May. Gabbar is back is directed by Krish and is jointly produced by Viacom18 Motion Pictures and the famous Sanjay Leela Bhansali.

Akshay Kumar to Play Vigilante in Upcoming Film Gabbar Is Back

You may also like: Revealed! Releasing Date of Shruti and Akshay ‘s Next ‘Main Gabbar’

According to reports, the script of the movie Gabbar has undergone some changes and the titled ‘Main Gabbar’ doesn’t suits the script that’s why maker of the film decided to change its title. 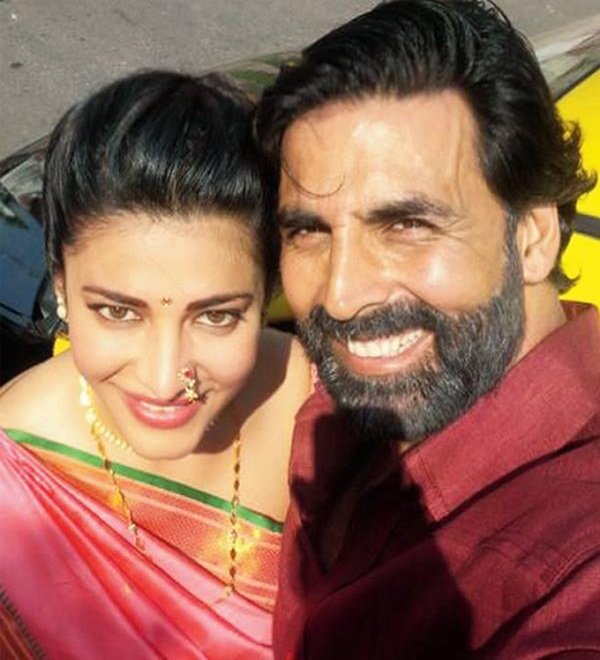 A close source unveils that -“To begin with, the working title of the film was Gabbar. However, due to certain reasons, it couldn’t be finalized. The idea was to get something really catchy and there were quite a few options being thrown around. Since the film’s publicity material is set to be unveiled, it was about time that a striking title was finalized. This is when Gabbar Is Back was proposed and the makers had no hesitation in green lighting it.”

Apart from Gabbar is back the Baby actor will be seen Karan Johar’s Brothers with the Bollywood actor Jacqueline Fernandez and Sidharth Malhotra. The forthcoming movie Brothers is slated to release on 14th August 2015.

Get more updates about Akshay Kumar's upcoming movie Gabbar is back from Bollywood news.