Whether it is a modeling industry, film industry or any other digital or social media landscape, there is no shortage of big personalities and famous stars. They hold the huge fan following with them and it is pretty cool, right?

But have you ever thought for a second that there are some celebs under 25 who gained fame and wealth without any reason? It's quite odd and shocking to know that they actually holding this celebrity status for no reason. Yes, they may not have even hit a half-century yet but, then also these celebs are actually celebrating their immense fame and wealth.

Take a look at our list below to find out 10 female celebrities, social media stars and YouTubers under 25 who are famous without doing nothing: 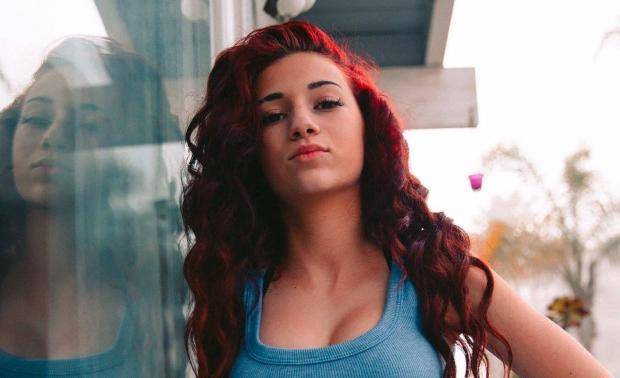 Danielle Bregoli, 14 years American rapper and social media personality is one of those celebs who became rich and famous for no reason actually. You probably knew her as a�?Bhad Bhabiea�?( her stage name), "cash me outsidea�? or how 'bout dat" girl. Right? It was a viral video clip from the Dr. Phil show that gained so much popularity online.

Danielle Bregoli was only 14 year and got so much stardum and prominence from that one video only. Reportedly, the girl got so much fame for disrespecting her mother on a reality show. According to buzz, she depends solely on autotune and she is not even writing her own tracks. Basically, she is ruling the social media and became a millionaire now for doing nothing. 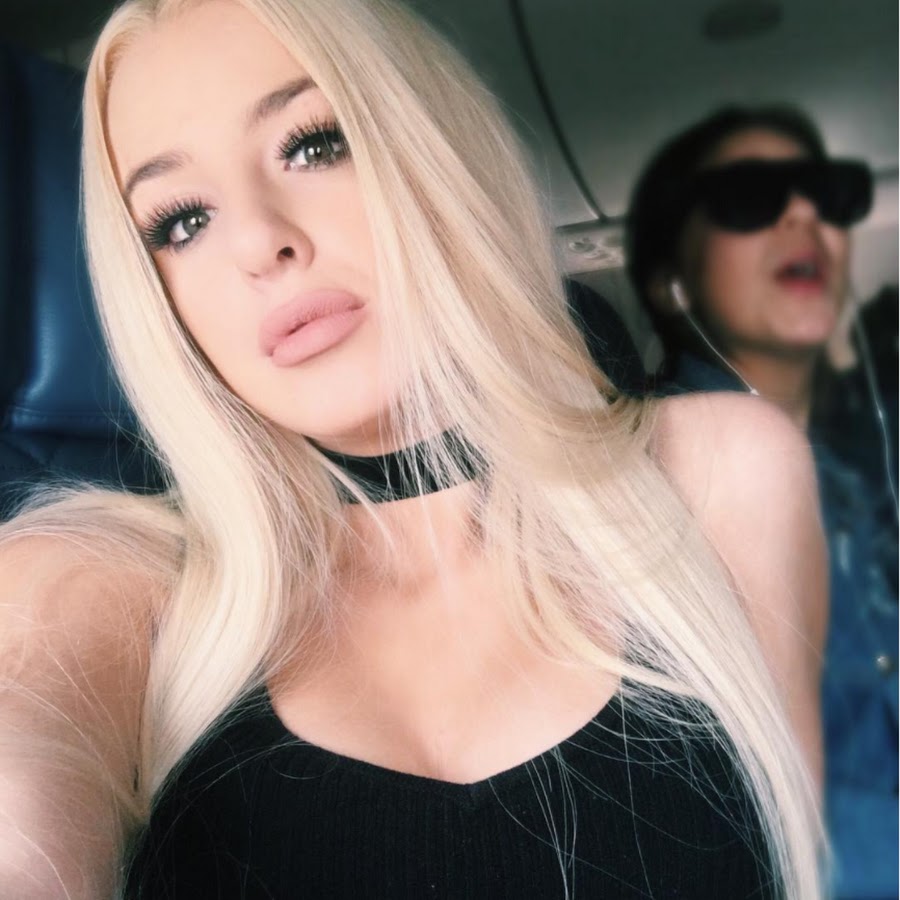 In the contemporary world, about hundreds of millions of video uploaded to YouTube to grab the attention of the relevant audience. Some Youtuber might showcase their skills and talent in the right way and earn fame while on the other hand some just post vlogs of their own so-called a�?great storiesa�? with catchy and captivating titles and hope that it pays off!

19-year-old Tana Mongeau is no exception, she is one of the most famous young YouTubers who is getting plenty of clicks in her video and constantly grabbing the attention of audience just because of her gorgeous look and meaningless storytime videos. This young girl has over 3 million subscribers till now, no wonder she is ruling YouTube for no reason. 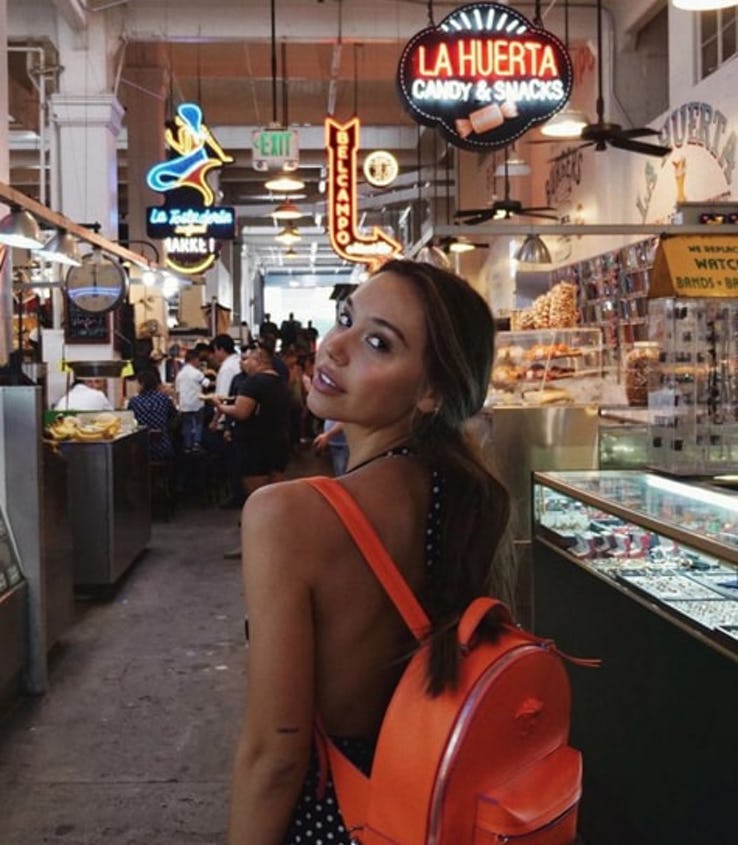 Seems like Alexis Ren is pretty famous for its outstanding contribution to the modeling industry and even to the social media. Right? Yup often people think the same about her but there is one thing that people often forget is that things are not always like that what they seem.

In case of Alexis Ren, not at all! She is one of those models who got selected without even exploring any auditions and casting calls. Yes! Reportedly she posted her photo on Tumblr and it went viral, basically, there is no hidden talent behind her fame and bank balance but it was her pretty looks only.

King of Bollywood, Shahrukh Khan needs no introduction. Her darling daughter, Suhana Khan is another name belongs to the list, she is already ruling the social media buzz and online blogs segment, hold on! Not for doing some contribution to the industry or something like that but because she is a daughter of superstar SRK. Yes, this is true.

We are not actually pointing the finger at her talent, as she has not debuted yet. But if she had not born in the richest and famous family, she would never have gotten the opportunity to be famous at this early age, even in the social media also. Also, SRK disclosed his daughtera��s dream i.e. a�?Acting careera�? and he has already started planning to fulfill them. We would say, one lucky girl, she is! 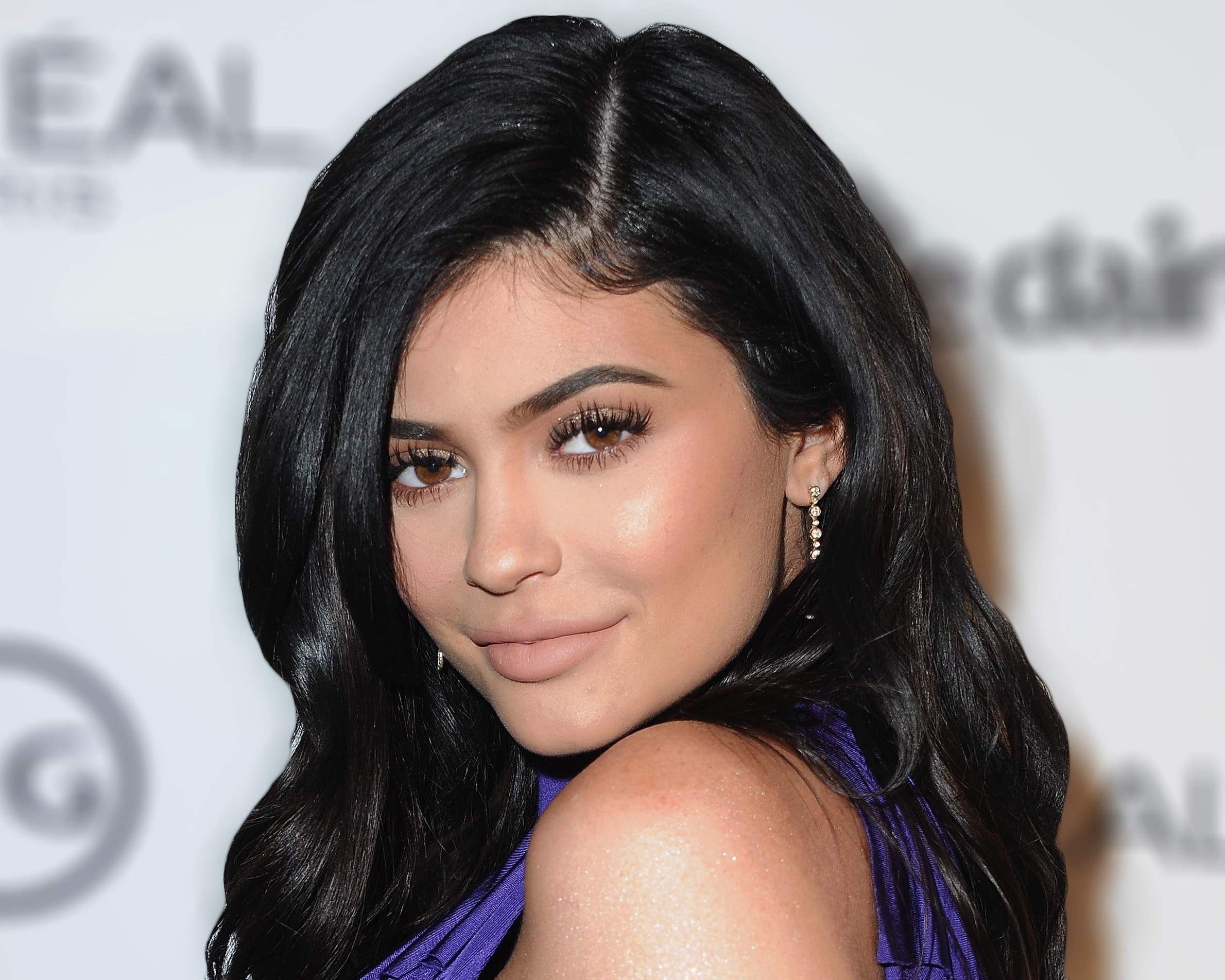 Kylie Kristen, an American model, and famous entrepreneur are all set to add buzz to this list. She was lucky to born rich and famous and this is the only reason why she is famous these days. She actually did not really do additional efforts to earn fame and wealth. Although, we cana��t deny her contribution in the particular niche like television and business industry the thing is that all these can be possible because of her parents. Basically, her parentsa�� financial support is the key driver to boost her career. 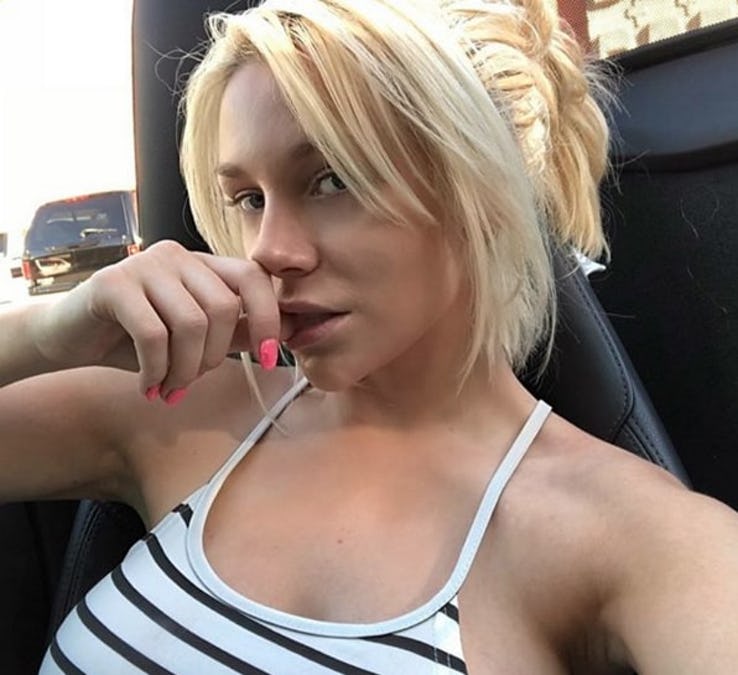 Marry to a wealthy man and become rich, the nastiest trick ever! Seems like an American model and actress Courtney Stodden doesna��t feel the same. She is now 23 years old but, when she was 16, she married to a 50-year-old actor Doug Hutchison in 2011 and got so much international attention and of course fame and wealth. Well, it was pretty clear that the reason behind the marriage is only MONEY. 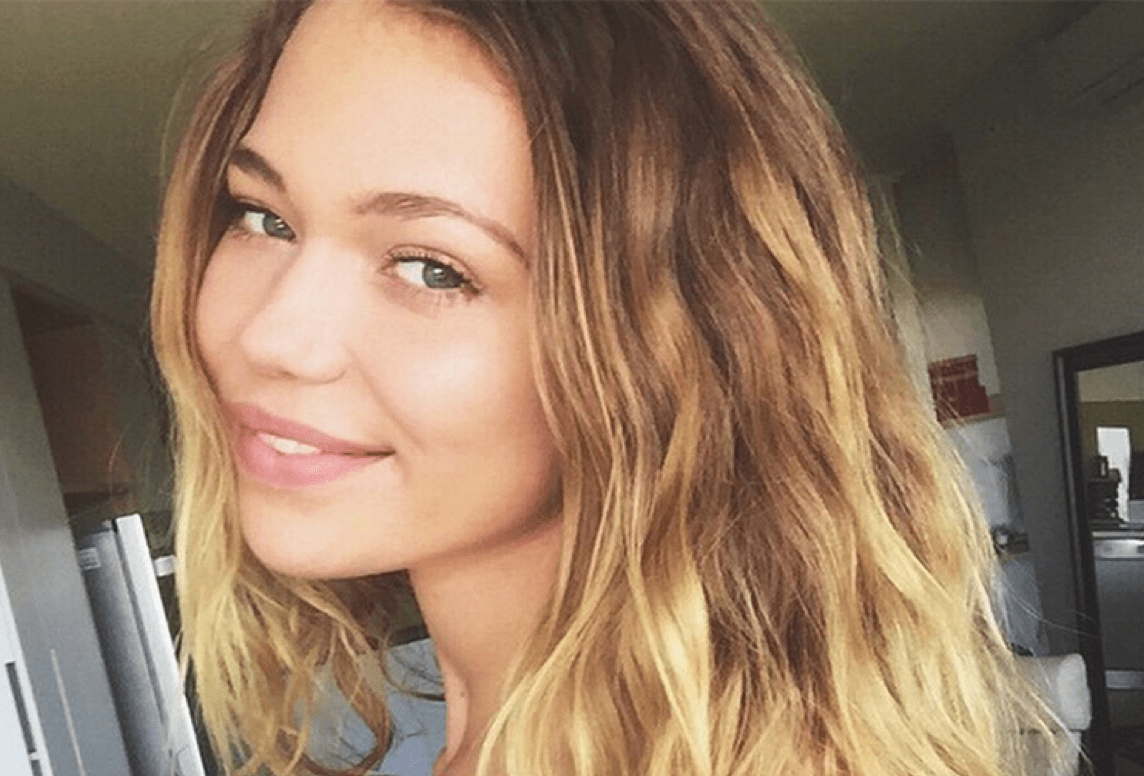 But, the difference is that she was making money by posting sponsored content. Well, there is nothing wrong in that but the thing that looks in her post is the captions on her photo. She also said that she has decided to shut down her Instagram account as it had affected her mental health. Its pretty odd but this thing is come up like a fame booster for her and it grabs so much attention. 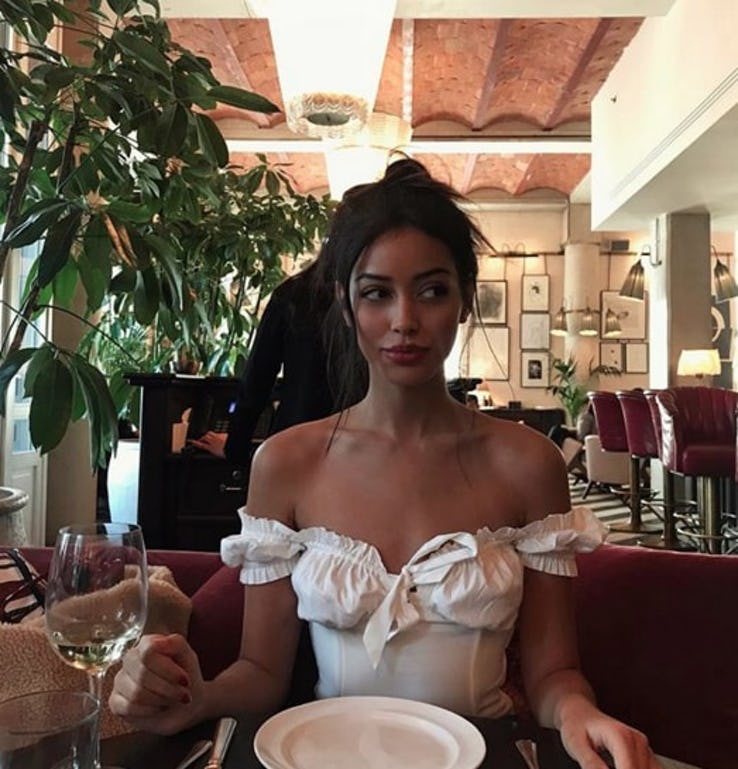 Cindy Kimberly's story is a great example of extremely good luck. Yup, we know it's hard to believe but, ita��s true. She was pretty obsessed with Justin Bieber and one day he noticed a photo of her online and shared it with his Instagram followers with a caption who is this?a��ita��s like heartbroken for many girls but for Cindy it was; like dream come true pretty exciting right? But the story doesna��t end here as her luck was supporting her immensely. After that post, everyone start appreciated her beauty and eventually, she began gaining millions of followers of her own. 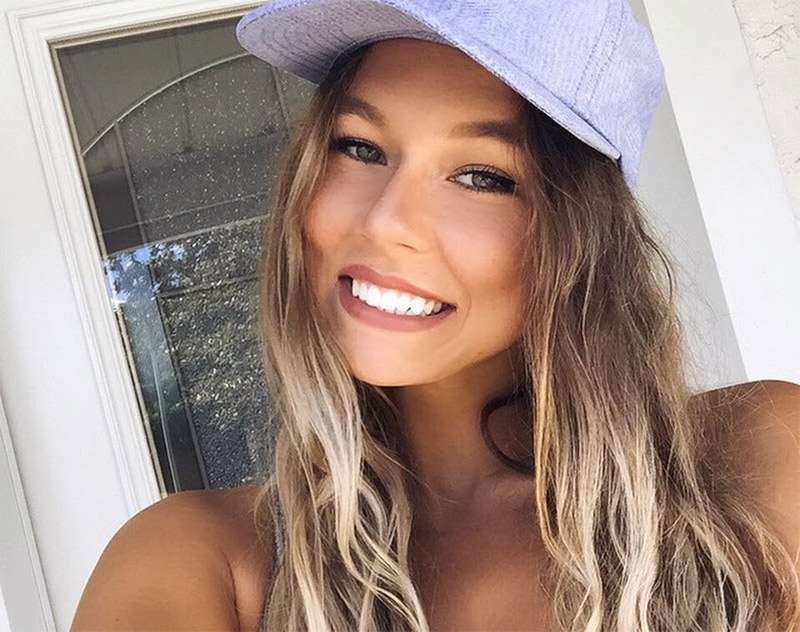 Another YouTuber is all set to embark a position on this list. We often watch the YouTube videos and some vlogs also. Alex Centomo is not different, she is also a lifestyle vlogger shared some life-related videos and fun things with the audiences.

She also posts a ton of sponsored content on Instagram, which is where she really seems to rake in the cash. Well, there is nothing more interesting and creative about her post but, he is making handsome amount of income and fame through her YouTube Channel. 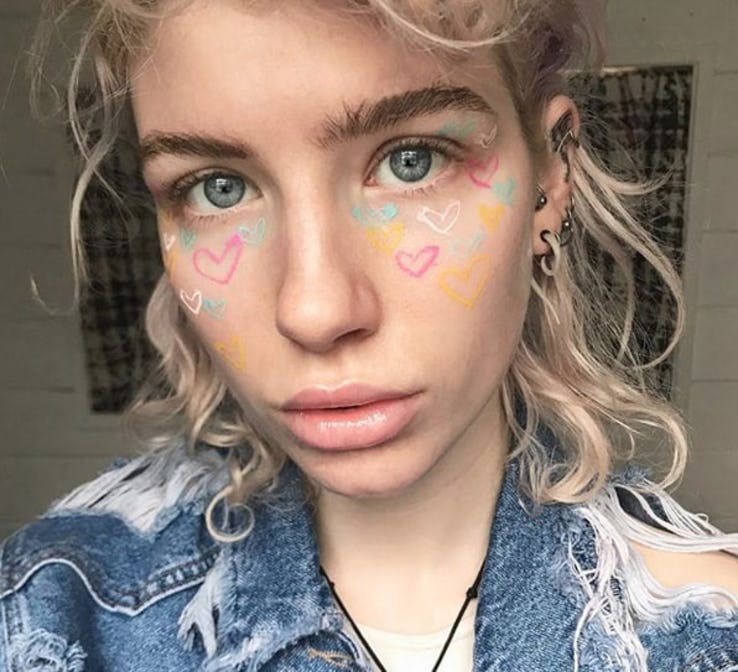 The a�?Hello Kittya�? girl is here, an Instagram model. Hold on! She was become model by chance, yes this is true. She was using an Instagram account like a normal girl and started posting her photos for fun, eventually, she gained so many followers also.

She is crazy about Hello Kitty and later on, it became her signature. After the moment, she got major modeling contracts and fame too without any extra efforts.

It's quite surprising at times, like how someone can become rich and famous for no reason. Like seriously! Well, these stories of celebs are a catch to reveal more about their fame.

Oops! Alia Bhatt Got Injured a�� Brahmastra Schedule Gets Delayed