The movie ‘Bharat’ for which many are eagerly waiting has dropped one great patriotic number Zinda, featuring Salman Khan, Katrina Kaif and Disha Patani.

After the promising trailer, filmmakers released few more songs from the film like Slow Motion, Chashni, Aithey Aa and they all became instant fan favorite.

Well, like other songs, film's anthem 'Zinda’ also garnered much appreciation from the people.

The video summarizes the seven-decade journey of Bharat bearing witness to a transforming India and defeating every barrier that comes his way. Salman can be seen as an old man beating up villains on the streets at the beginning of the song. Also, the song witnesses a flashback to August 15, 1947, and a tragic incident follows as his father is left behind in Pakistan throughout the Partition. Further, in the video, we can see Bharat's life in the circus, including Disha Patani, and then Salman’s love story with Katrina Kaif (Kumud Raina). Further, at the end of the video, Sunil Grover’s character tells Salman that everyone’s waiting for him to die. To this, he replies,

While speaking about the song, Film Director Ali Abbas Zafar told in an interview,

“It was originally a poem which I had written while scripting the film. The core message of the film is that belief and conviction keep you alive. It is an uplifting track and infuses him (Salman) with the strength of purpose.”

“Bhai doesn’t know yet, we don’t share these small details, he knows I keep doing something or the other. But this time I think he will be surprised. Of course, he’ll pull my leg, saying, ‘So now, you’ve starting writing songs too, now you will ask for an extra cheque.’ That’s the kind of bond we share.”

He continues talking about his third collaboration with Salman Khan and said,

“With Tiger Zinda Hai and Sultan behind me, I’m more nervous for my next one because I know the expectations and anticipations will be really, really high. It is a very different film from Tiger and Sultan. We are trying to do something new with it.” 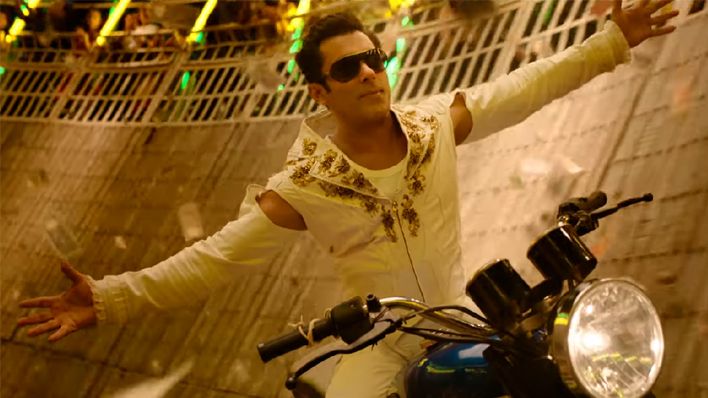 This inspiring track has been crooned by Vishal Dadlani, written by Zafar and composed by Julius Packiam.

Zafar’s directorial ‘Bharat’ is the official Hindi remake of Korean blockbuster Ode To My Father. Storywise, the film narrates the tale of a man living through key moments of 1947 Partition. The flick also stars Sonali Kulkarni, Tabu, Shashank Arora, and Jackie Shroff, and it is set to release on June 5.

‘Game of Thrones’ Finale Review: All We Can Say it’s a Bittersweet Ending