The famous singer Sonu Nigam on Monday has been banned by a renowned media channel Zee TV for sharing a video. These days the singer in the news after he posted a video on his twitter account which actually uncovered ‘Zee News’ of manipulating news about the Aam Aadmi Party leader Kumar Vishwas.

The posted video showcased the AAP leader Kumar Vishwas giving a speech in front of a horde & a voice is perceive saying that "Latak gaya" which obviously not the voice of AAP leader. A few days back Rajasthan farmer Gajendra Singh committed suicide at a rally of AAP. According to postmortem reports, the Rajasthan farmer Gajendra Singh died due to hanging from a tree.

Delhi police also stated that in the autopsy report it was clearly mentioned that there were seven brushes on the body and no fractures means it is clear that Singh committed suicide. In the interim, a source alleged that the police investigators have found 2 witnesses who profess that farmer Singh was instigated to climb that tree. As per the Delhi police FIR, Aam Aadmi Party workers and supporters encouraged Gajendra to commit suicide. 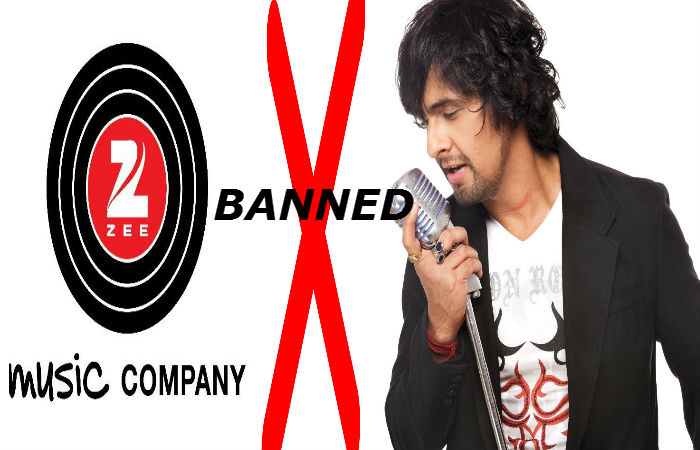 Rajasthan farmer Gajendra Singh committed suicide on 22nd April 2015 at Aam Aadmi Party’s anti-Land Bill rally at Jantar Mantar in Delhi. The farmer tied a piece of cloth the on a branch of a neem tree and other on his neck and jumped from the tree. However the workers and supporters of AAP tried their hard to stop the farmer from committing suicide, they brought Gajendra down from the tree and immediately rushed him to a hospital where he was declared as dead.

Investigators also said that Aam Aadmi Party workers stopped police from sending the victim Gajendra to the Hospital because he is a politician & should not be taken in police van. At that same time Zee News aired a footage which allegedly which features AAP leader Kumar Vishwas giving a speech & a voice could be heard saying 'latak gaya' which is not the voice of AAP leader. To unveil the truth Sonu Nigam posted that video on his twitter account.

The singer actually posted that video to uncover the truth and exposed the renowned media channel Zee News for manipulating the video to make exclusive news.

The famous singer posted a video on his personal twitter account along with a caption - "I am far from politics but I feel this truth should come out for the sake of my poet friend Kumar Vishwas."

The video went viral on the social media sites after Sonu Nigam twitter post. The things become worse when the famous media group Zee channel announced a ban on the singer. Whereas Zee Music Company has finally decided not to buy Sonu Nigam songs, but the ace singer get huge support from his fans on social media site like twitter.