Well, it is now official that Padmaavat actor Shahid Kapoor will play the key role in the remake of ‘Arjun Reddy’. Shahid Kapoor’s career was quite slow after his wedding but now he has come back with the mood and has delivered a huge hit Padmaavat, and also has garnered a huge appreciation for his acting in Udta Punjab. 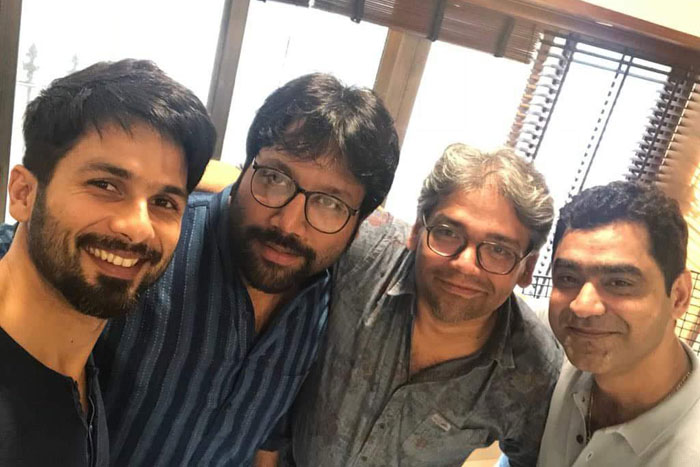 Can you just guess why he is making headlines back to back? The reports suggest that after the success of Padmaavat, the actor has increased his charges. And it is headlined that the actor has charged 12 crores for the remake of ‘Arjun Reddy’.

Earlier, there were lots of speculations about the actor to be cast in this popular remake, Ranveer Singh, Varun Dhawan, were also approached but the dates were not set as per their schedule and the makers roped in Shahid Kapoor for the role.

A source close to the filmmakers revealed -

“He was right out of ‘Padmaavat’ for which he got paid around Rs 10 crore for his performance. With the film becoming a huge success with over 300 crores domestic Box Office earnings, Shahid wanted a hike in his pay. He asked for a hefty sum of Rs 12 crore for this remake but the producers refused to budge. Post that there were a lot of discussions between Shahid and the makers of the film. Eventually, Shahid settled for Rs 8 crore,”

We are damn excited for this Telugu remake are you? Drop your comments below.
Prev article

This is the Reason Why Deepika Padukone is Not Signing a New Movie – Marriage is on Cards?

Not Only, Sonam Kapoor, Even Anand Ahuja Changed His Name on Instagram