8th February 2015 Episode of Yeh Hai Mohabbatein starts with Romi scolding his sister Rinki and sending her out of the room.

Here the next day, Ishita shows a beautiful saree to Mrs. Bhalla and says this saree is for Rinki to wear in Vandu’s baby shower function. Romi comes down, Simmi gives him the gifts for Bunty’s marriage and leaves.

You may also like: Yeh Hai Mohabbatein: Finally Romi Meets the Fake Doctor

Ishita doubts to see Romi tensed and thinks to find out the truth, after the baby shower function. After all this, Yeh Hai Mohabbatein cast gets ready for the function but Raman asks Ishita not to go to the function, as Vandu’s mother-in-law would be there and taunt her.

Ishita replies, Ruhi took her class and now no one can tell anything to her. Both Ishita and Raman shares some love movements and suddenly Ruhi comes and asks Ishita to wear her necklace. Sudden off Raman gets a call from office to attend the meeting but he refuses to come.

Here at Ayer house, Bala’s mom talks to Shravan. After all this nok jhok an office peon comes and asks Appa for locker keys. He gives keys to peon and asks him to handover the keys to Neeraj only. 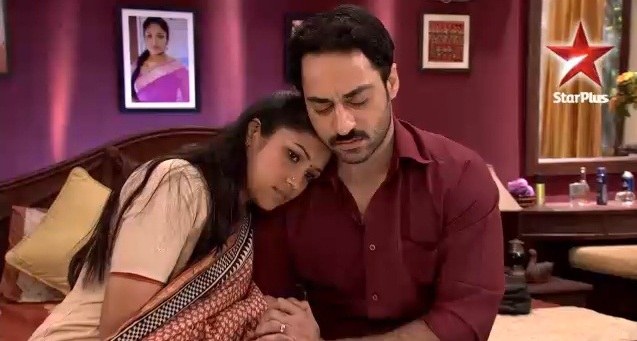 On the other side, Vandu’s mother-in-law again taunts Ishita but this time she gets an answer. At Bhalla house, Pammi comes and asks Mrs. Bhalla about Rinki’s marriage. To which she replies that I am worried about my children Romi, Simmi and Rinki as they does not listen to us.

Romi reaches Panipat, meets the fake doctor (puri) and give him all the money for the surgery. On the other side, Suddenly Bala’s mom sees Shagun and talks to her about her past. Mihika enters the house, which upsets everybody. To see Mihika, Vandu smiles and asks to start the function.

In the office, meet starts and boss asks his staff members to call Raman. Raman’s boss gets angry to hear about Subbu’s transfer and Mr. Iyer joining for managing accounts.

Meanwhile, Fake doctor calls Shagun and gives her all the updates. Shagun asks him to disappear and be careful and for the next step, she would call him.

Shah Rukh's Flick ‘Fan’ gets Postponed and Replace by ‘Brothers’!