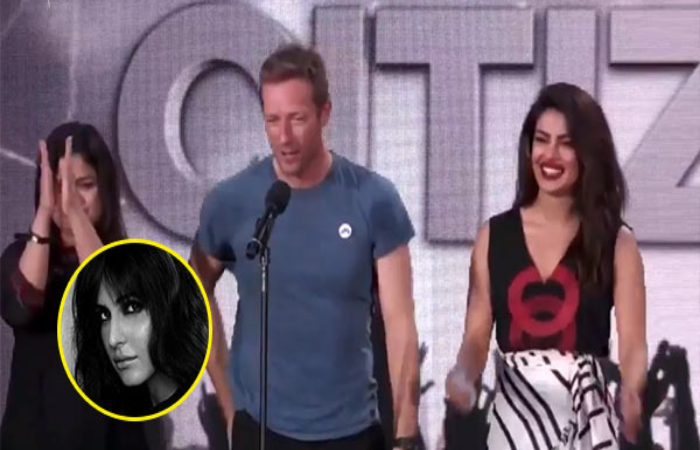 The concert was full of fun while the concert continued, Chris Martin came up and announces his India Concert which is going to held in November 19, 2016 in Mumbai.

Chris Martin expressed his excitement for Indian concert. He said that he is very much excited to perform on Indian soil as he has never done that before…as he continue his talk. He also named the Bollywood celebrities with whom he wanted to perform?

“I’m so happy to see all of you, with so excited to go to India on November of 19th with Jay Z and most of other people who I have on the list. Aamir Khan, Amitabh Bachchan, Katrina Kaif Kapoor, AR Rahman, Farhan Akhtar…” and his speech went on. Check out the video below!

Don’t believe us? Have a look yourself…

It Feels Chris Martin is not aware about the breakup of the Ex-couple Ranbir Kapoor and Katrina Kaif.

Priyanka Chopra, the actress who was present with Chris on the stage did not reacted at all or she chose to avoid reacting to the goof up as it will create a big Scene that time CAMERA did not notice the reaction of Peecee while she said Oh! When Martin addresses AR Rahman ‘Oh’ meaning she was impressed.

Well, this will really be the talk of the town let’s see what happen next. We wonder how Katrina reacts to the whole thing.