The Welcome Back starcast first look revealed on the social media. The film maker of Welcome Back, Anees Bazmee’s has revealed the first look of the flick on social networking sites.

But the previous co stars of this film Akshay Kumar and Katrina Kaif will not reprise their roles in this edition; the film still includes some past stars of the film Anil Kapoor, Nana Patekar, Paresh Rawal in their respective roles.

RELATED: John, Anil Both Interact with Their Fans in September

New star cast joining the sequel of Welcome are John Abraham, Naseeruddin shah, the famous Tamil actress Shruti Haasan and Dimple Kapadia. The film represents their first look launched along with the respective role of every actor. The role which every character will play can be pretended by the mentioned introduction at the time of launch. But the act and appearance of Shruti Hassan is still a mystery. 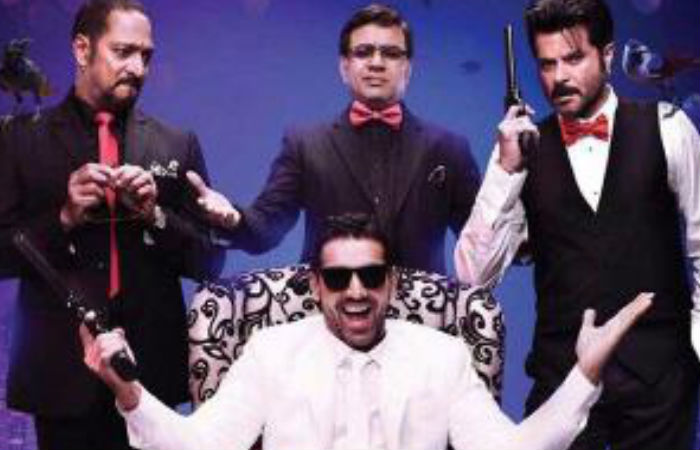 In this official poster of film John Abraham is looking very stunning while donning white suite and gun-toting avatar. Also let you know at the time of shoot John Abraham injured his back.

The appearance of Anil Kapoor in Welcome was so popular as Majnu Bhai, so not to depress his fans the director has still made this character live on screen again.

The trailer of the film can be spotted on 6 July and the movie Welcome Back is all set to release on September4 of this year.

Height of Bollywood Actresses – Some of the Exceptional Ladies