We have seen many bulky beauties turning to curvy divas in B-town. Well one of the biggest example of the same is Veteran actor Shatrughan Sinha’s daughter Sonakshi Sinha.

Sonakshi the appealing actress has time and again criticized for being overweight however the actress has managed to turn into a curvy beauty following her fitness mantras.

Well you believe it or not, the smiley Dabangg actress used to be of 90 kgs before making her debute with Salman Khan, nonetheless Sonakshi Sinha lost 30 kgs proceeding the inception of her Bollywood career. Here, for the every first time we are reveling the secrets fitness mantras of the diva, which helped her to shed those extra ponds from her body. 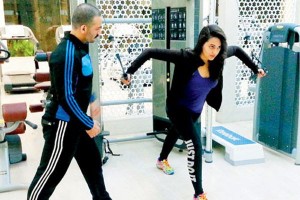 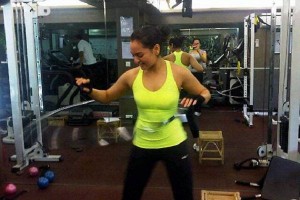 The actress reviled that her love for junk food and inactive lifestyle was the cause of her oodles of extra weight.

“It was a combination of proper diet and vigorous exercise that got me to the shape I am in now,” said Sona.

She also credits co-actor Salman Khan for her weight loss, as the fitness freak Sallu bhai motivated her to get rid of those extra pounds.

“He saw potential in me and egged me on to lose weight. I would say his contribution was the highest as I started taking it seriously only after he told me to.”

Sonakshi Sinha is the one who always stick to the fact that her decision wasn’t based on any criticism that she confronted in fact she would have gone for the same, if it wouldn’t have came from within! 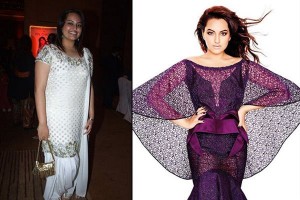 “If it hadn’t come from within, I wouldn’t have done it,”

“there was no looking back. It was not easy at all for somebody like me. I am the kind of person who hates the gym. I am allergic to the gym. I want to run away from it. But I think once I put my mind to something, I go out and achieve it, and I guess I did that.”

“I don't know how many kilos I lost, I don't get on the scale. As long as I am feeling fit and I can feel myself toning up, looking thinner, then scale doesn't really matter,” added Sonakshi. 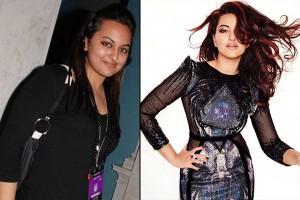 Here is her diet plan that she never forgets to follow in order to be in shape:

5.Dinner: She eats early and takes dal, sabzi, chicken, and fish. She does not take any carbohydrates after 6 pm.

Get more updates about Sonakshi Sinha from Bollywood news.

OMG: Aisleyne Horgan Wallace is Going Naked for a Photoshoot