Even though Virat’s RCB is losing down in IPL, his charm of the romantic boy didn’t go away from the audience. After changing the instagram DP with the ladylove Anushka Sharma, Virat once again maintained the headlines.

Though the duos remain silent from making public appearances but they are lovebirds that is not more hidden with their fans.

Slowly, but surely they are making more public appearances about their relationship and we are clearly loving it. Recently, the duo was spotted partying together to celebrate RCB’s 10 year anniversary.

Also Read - Virat Kohli Childhood: All You Need To Know 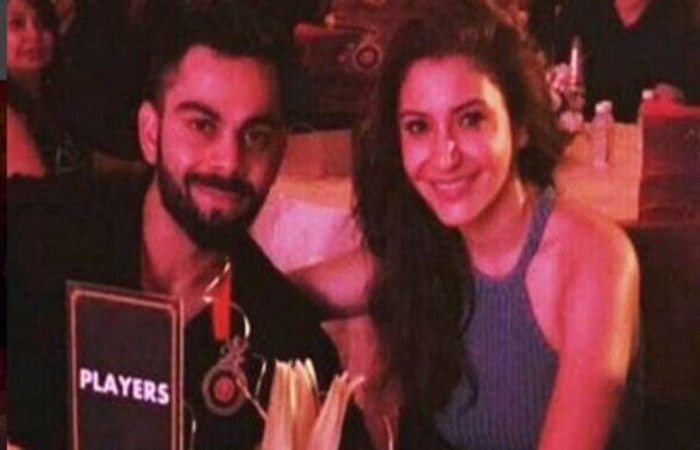 The latest pic of the love birds posing with their pals is getting viral on the media. Truly #Virushka never fails to surprise us. Virat seems to be more open about his relationship status while Anushka is still finding her way to make it official.

Despite her busy schedule, she managed time to be the beau’s side at the party. We are much in love with the couple goals and their picture together that may amazed you.

Virat in black t-shirt while Anushka in striped halter neck top and loose hair look amazing. Earlier also, the Anushka rejoice for his grungy look (beard look) and clearly stated him not to shave out that beard look. Wow! That’s so romantic. They are picture perfect aren’t they? The twosome was also spotted in Bangalore, as she came to support her beau in T-20 premier league. 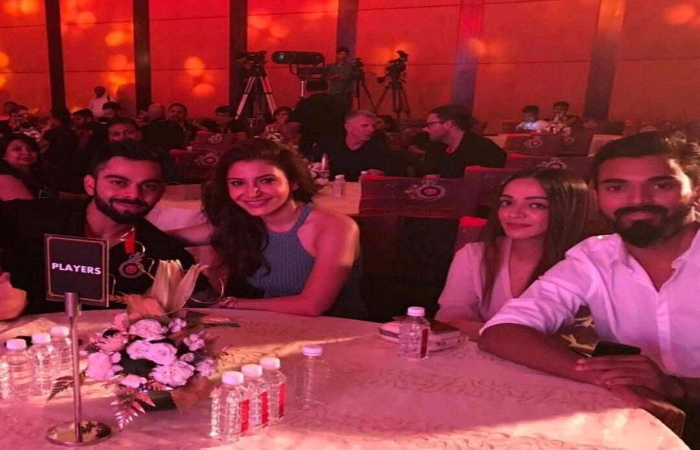 Aww…we are really gushing over the two, hope they get married soon!!

In love with #Virushka!!!

Here’ s Why Arnab Goswami’s Republic TV Is Getting Attention!