Controversial Pakistani actress and ex-Bigg Boss contestant, Veena Malik along with her husband (Asad Bashir Khan Khattak) is sentenced to 26 years in jail. Veena with her husband who is the owner of Pakistan’s biggest media group Geo TV, are both castigated by an anti-terrorism court in Pakistan for purportedly airing an irreligious program.

Along with the couple, the owner of Geo TV and Jang group Mr. Shakil-ur-Rahman and the TV host Shaista Wahidi are also sentenced to 26 years in prison, for the airing of a blasphemous program which included a religious song with the staging of Veena Malik and Bashir’s marriage.

You may also like: Pakistani Actress Veena Malik, Became Mother of a Cute Boy!

Veena Mahik and the Three Accused Flee From Pakistan 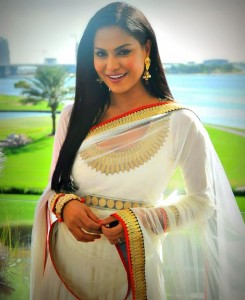 The Judge Shahbaz Khan said in his verdict that Veena her husband and the other two accused, are a victim of profanity and asked the police to arrest all four. He also said that the accused could appeal in Gilgit-Baltistan’s religious High court.

For now all four are said to flee from Pakistan, after getting threats from militant organizations. It is also reported that the accused even have other profanity cases from other parts of Pakistan as Karachi and Islamabad.

The jiffy of arrest is yet unknown however the country has refused to accept apology from Wahidi and Geo group.